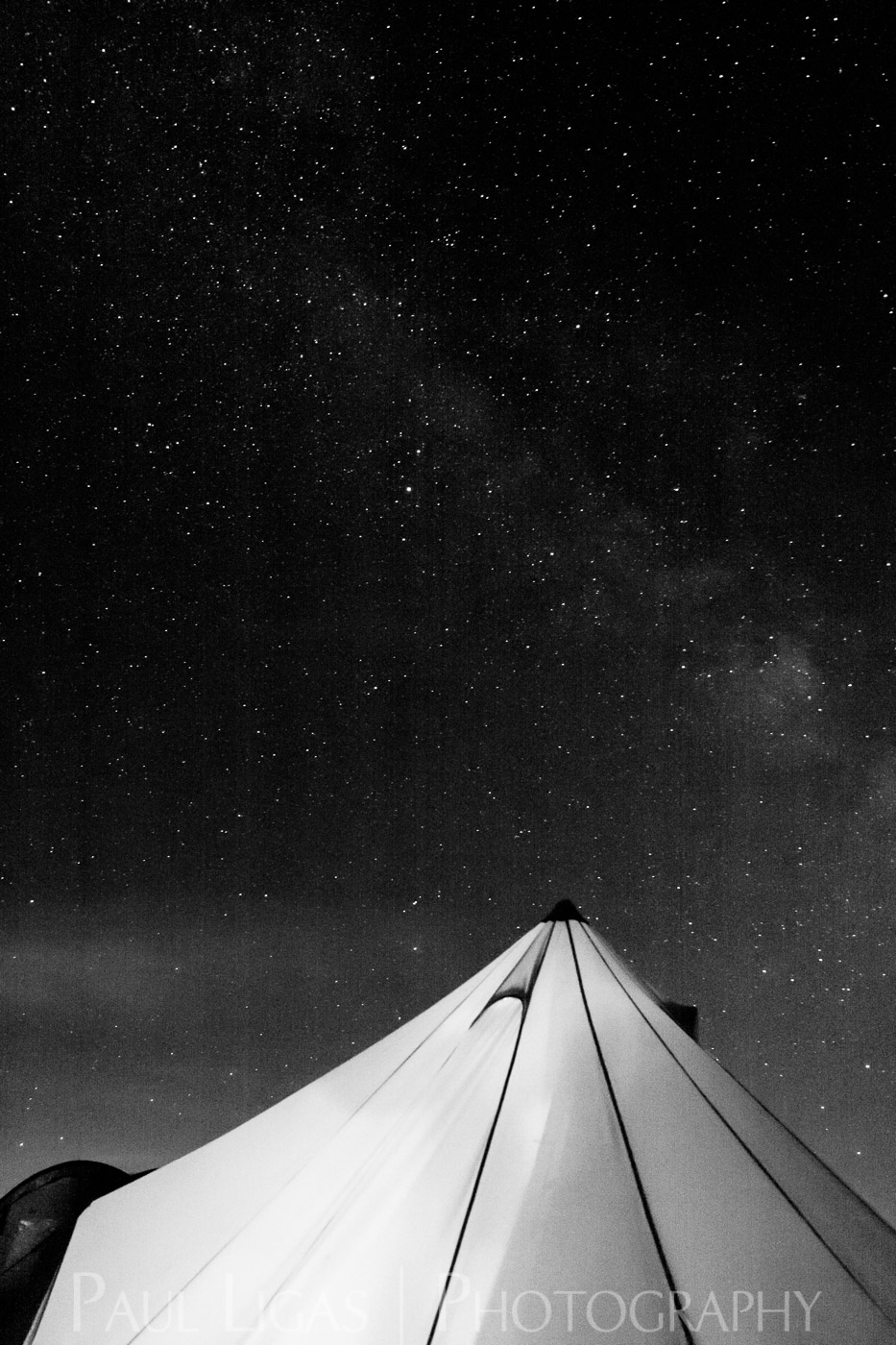 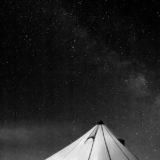 Back in the summer my wife and some friends went camping on the Pembrokeshire coast. We had some beautiful, clear nights, and with the dark skies on the coast, and away from large towns, the night sky was full of stars, planets, galaxies, shooting stars and satellites. All quite beautiful and awe inspiring and a great time to start learning astrophotography. Our own galaxy, The Milky Way, was a vivid band above our heads, and as I’ve been interested in astrophotography for some time, I decided to get my camera out on my sturdy tripod, let it acclimatise to the temperature and see what photographs I could come up with. The photograph above (pointing roughly North East) shows our tent glowing under the band of The Milky Way.

I shot off a number of frames with the mirror locked up to prevent camera vibration, as well as using a 2 second timer to also avoid vibration from pressing the shutter. I experimented with the exposure time and ISO, and when we got home it was time to see what they looked like after some post-processing. I was very surprised indeed at the detail and number of stars visible. I also learned that I had a lot to learn about how to make the most of astrophotography and how to get around the problems that appear taking long exposure photographs at high ISO of the dark night sky.

While I’m pleased at the photograph above, I’ll be the first to admit there’s a few things wrong with it. The composition could be better – I found out that in the dark using your eyepiece to frame your photograph can be problematic. Lesson 1: scout your location and compose your photograph while it’s still light. At the very least, have two locations in mind that capture foreground interest as well as a large chunk of sky.

And then, the noise! Oh the noise! It wasn’t until I had begun post-processing the astrophotography photographs that I noticed the problem of in-camera noise, produced by the electronics of the camera itself, and dependant on the ISO and the temperature. With such a dark background, stray electrons from internal electronics on the highly sensitive light sensor create noise in the image that no single post-processing software can eliminate. The answer, and I wish I had know this at the time, is to take the photograph, and then take several follow on images with the lens cap on (or the mirror of the DSLR down) so you can later subtract the electronic noise in the resulting dark images from the actual photo taken a minute before. Lesson 2: take dark frames immediately after each photograph. (Also, the noise is why this image is in black and white – the colour version was far too noisy.)

There’s also stacking: taking repeated exposures without moving the camera (each with their own dark frames) and using specialist software to stack them on top of each other. This brings out much more fine detail of stars that can otherwise be eliminated with noise reduction.

With the lessons I’ve learned I’m now eager for a clear moonless night so that I can drive to the hills above Exeter and see what I can come up with. Let’s wait for the rain to stop (soon, please), the skies to clear, and I’ll post a new blog with the next stage in my astrophotography learning journey.