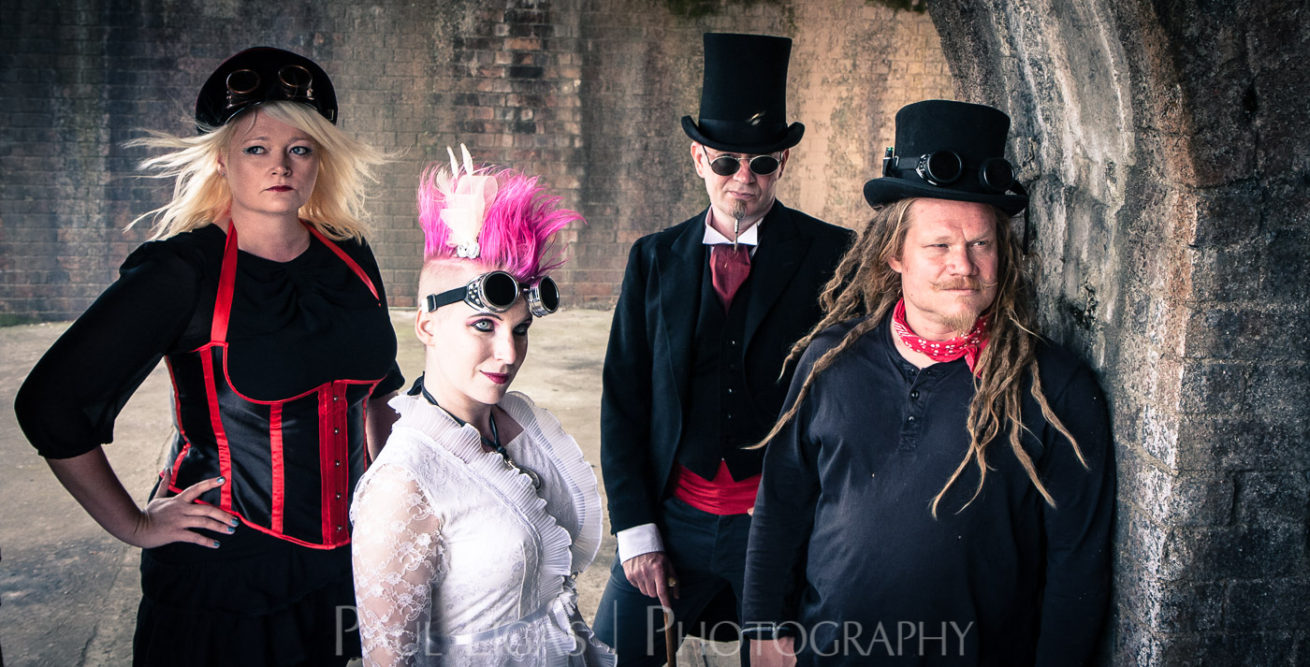 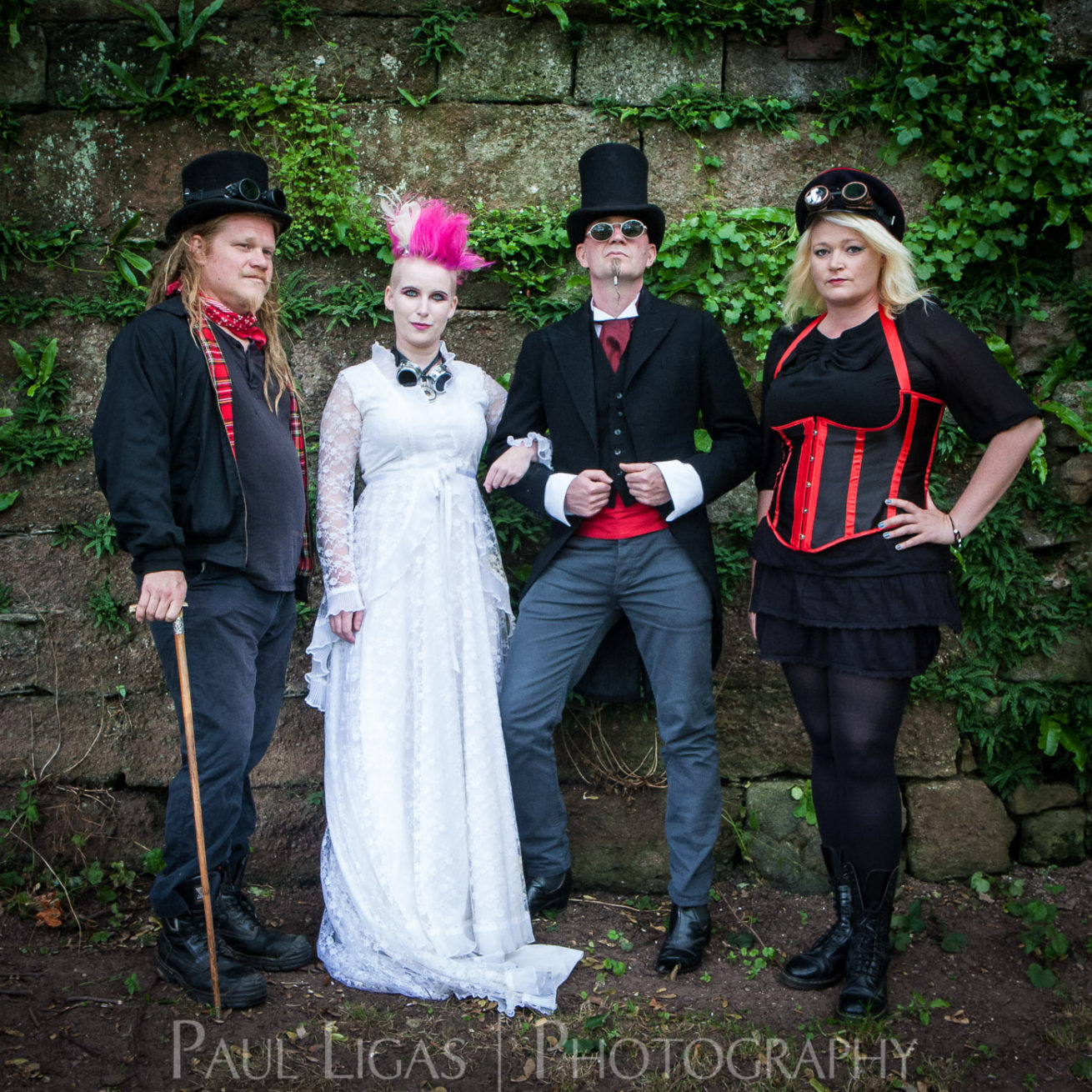 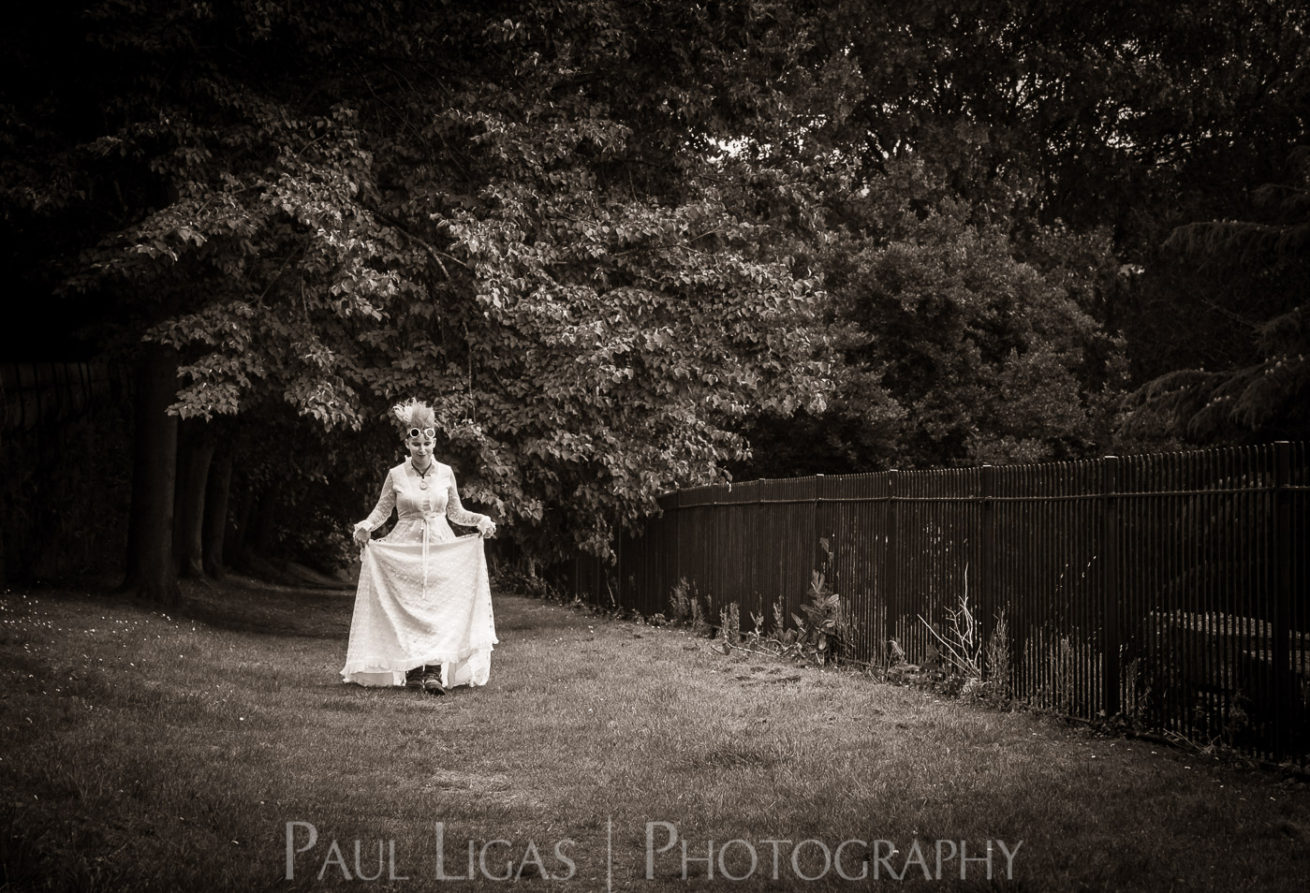 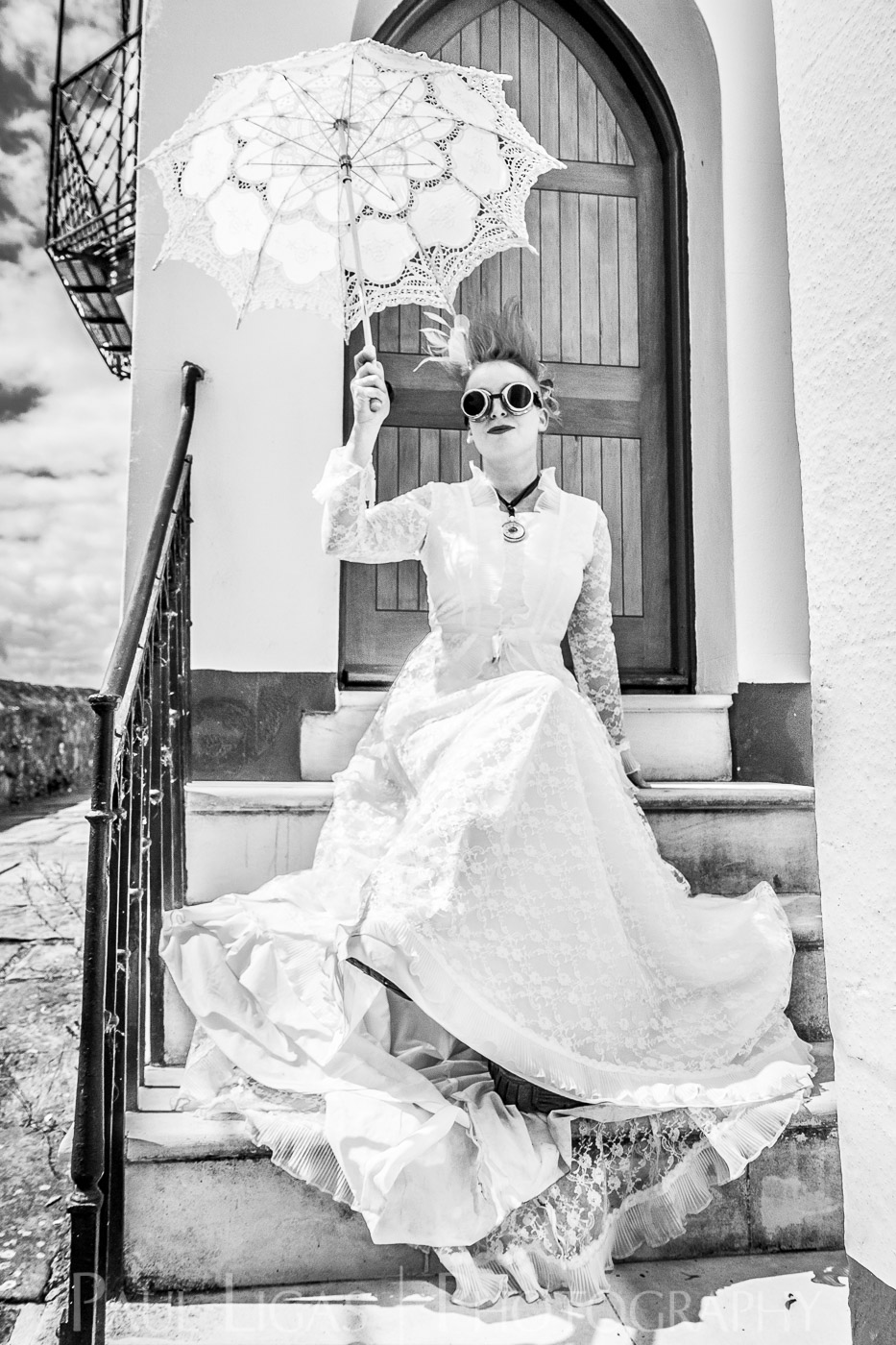 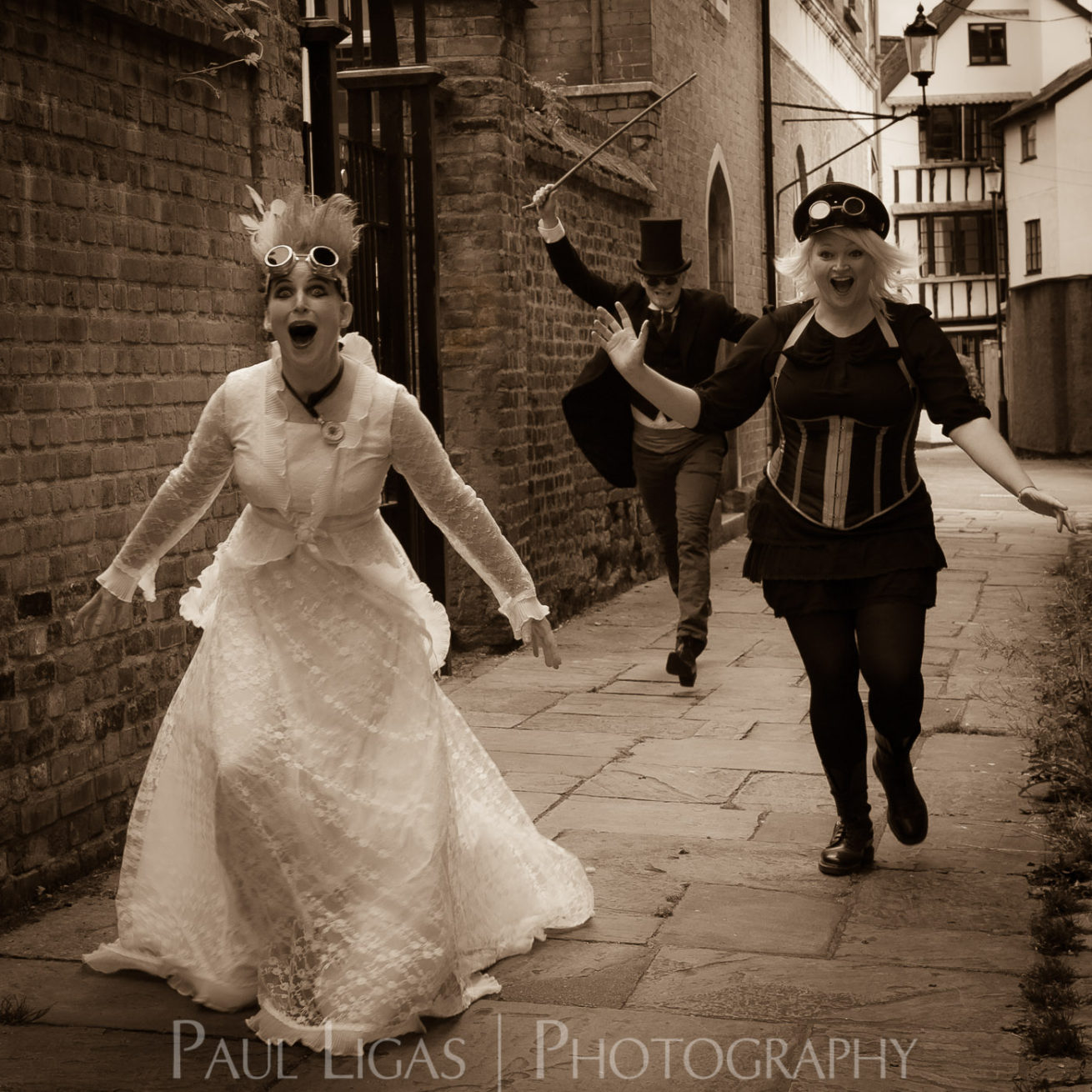 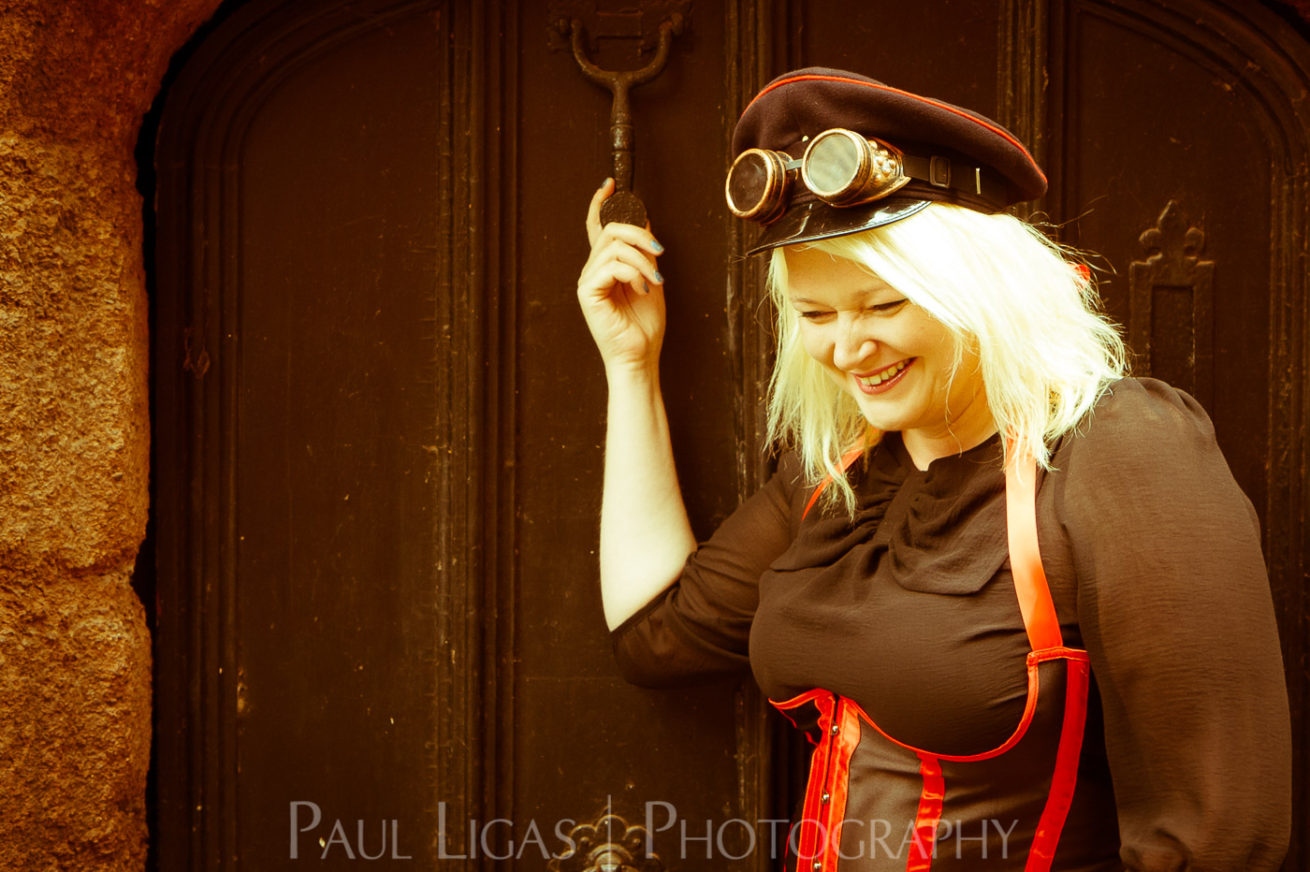 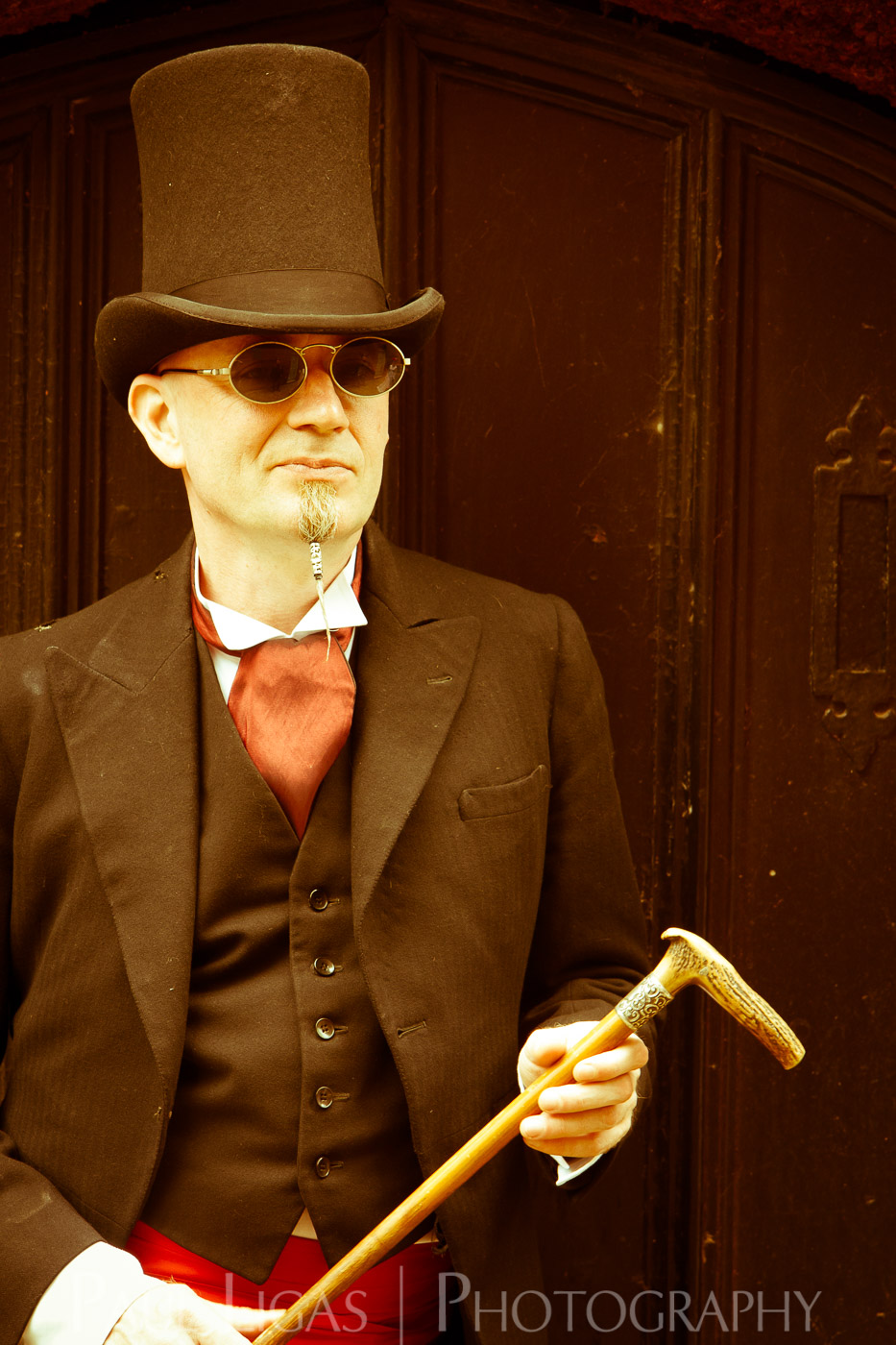 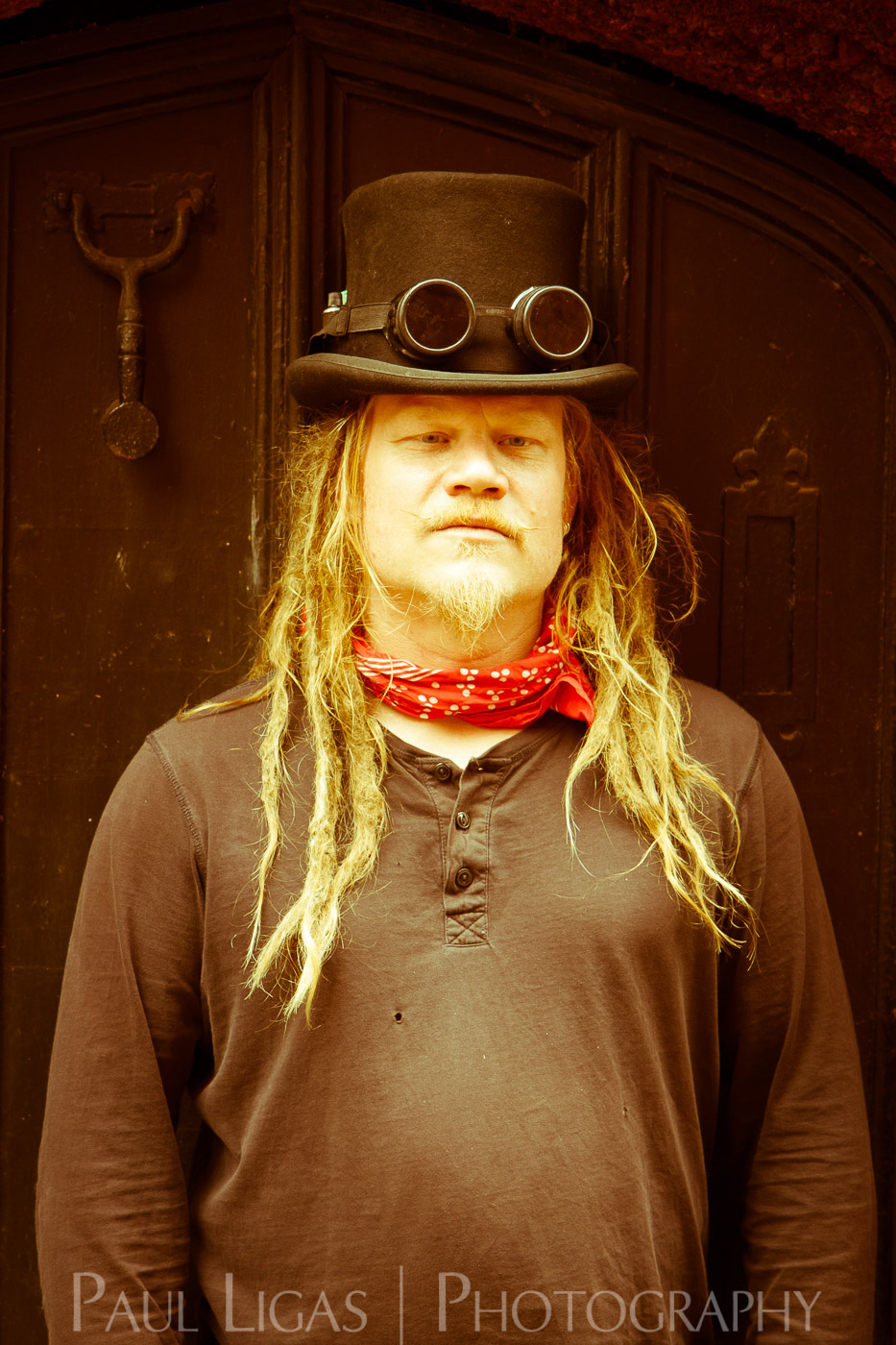 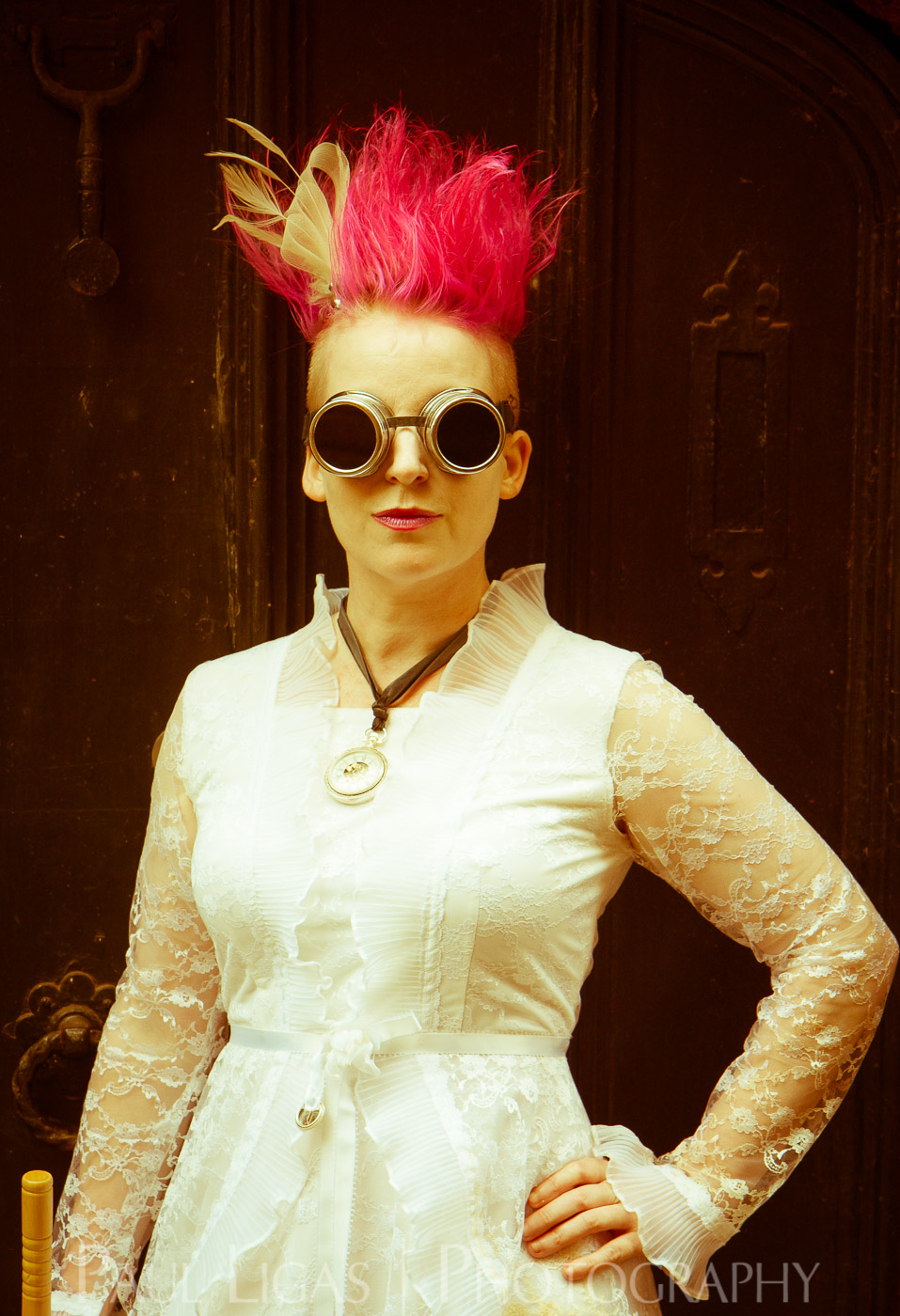 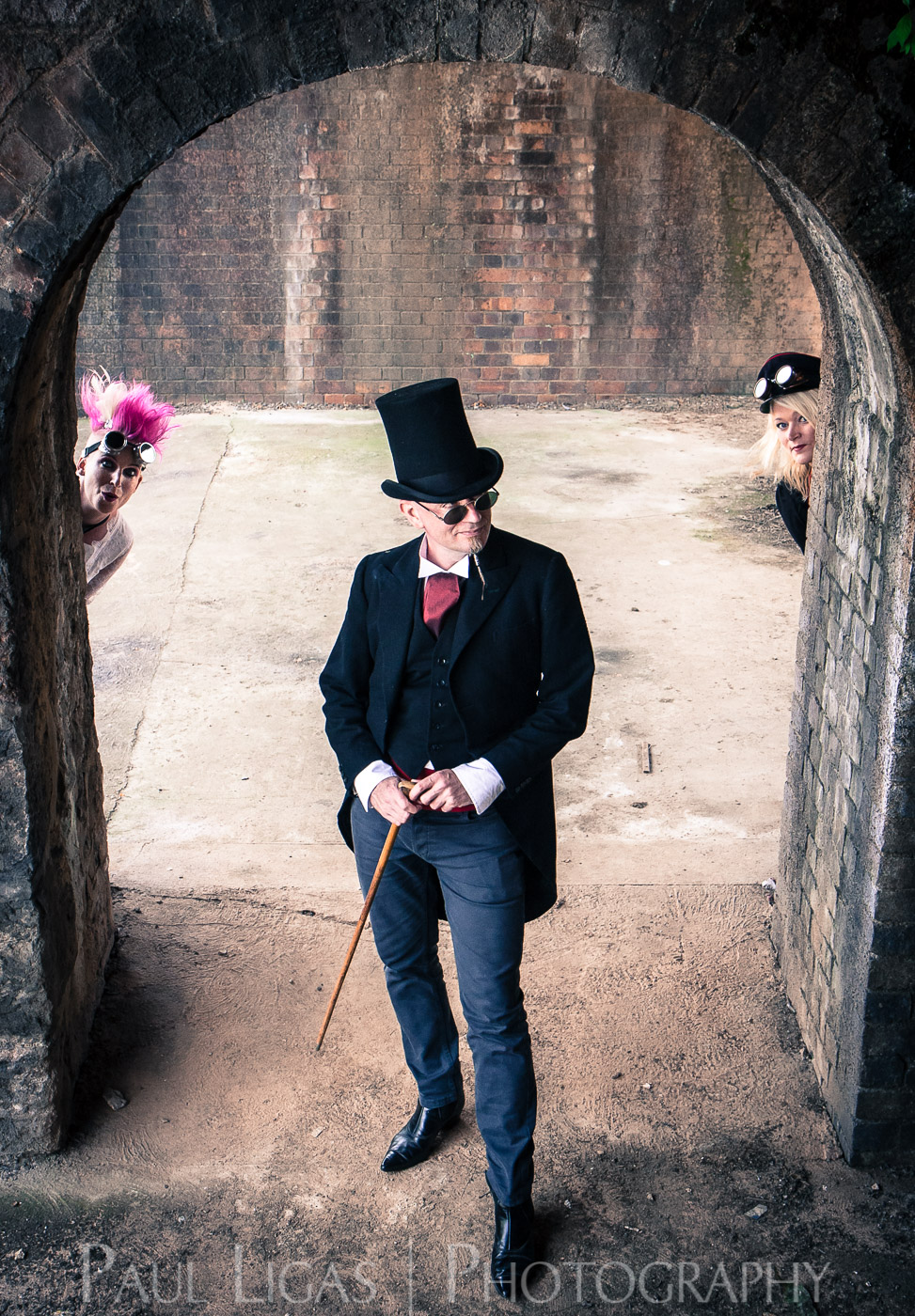 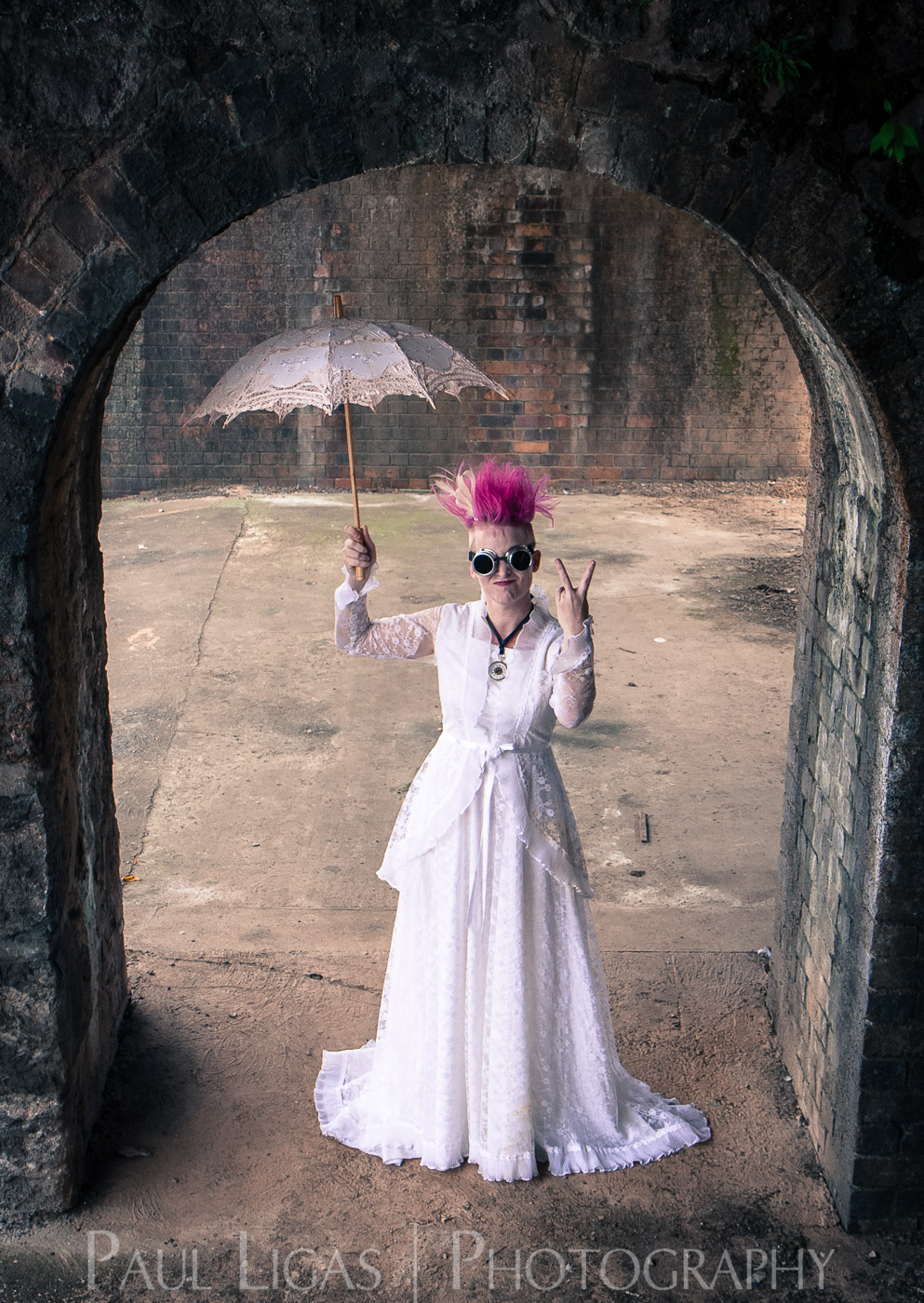 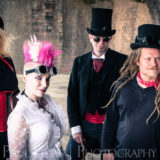 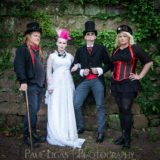 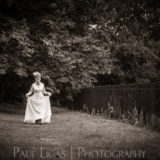 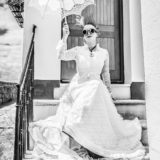 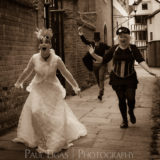 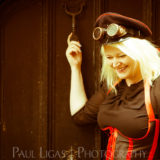 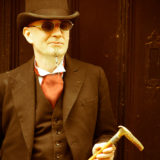 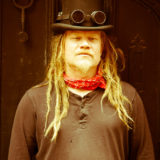 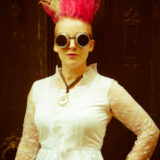 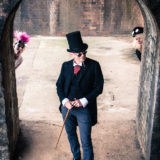 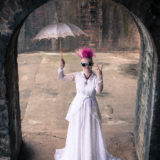 A little while ago on a lovely, but a bit gusty, Sunday afternoon, I joined The Mysterious Freakshow at a pub in Exeter before a photo shoot at sites around the centre of town. The band has just released their first CD, and were looking for promotional photographs that they could use for facebook, posters, leaflets etc. for their increasingly busy gig schedule. Some photos from this shoot were also used for their second CD, Cabinet of Curiosities.

We had a drink and discussed the what we were going to do and where – I wanted to know what styles of images they were after, in addition to the ideas I already had. They’d scouted out the sites themselves and taken some photos on their phone, plus showed me some pictures of the band another photographer had taken. So I had a really good idea what they were after – photos that had an older, faded look to them or that looked gritty and a bit dark. So after a drink and a question or two from people nearby asking about the wedding (the band were already in their top hats, wedding dress and other Victorian paraphernalia – wedding questions would become a theme for the day) we walked up to our first location at Exeter’s catacombs.

On the way up the steep stairs, I was already thinking of using different post-processing styles on the images based on the location they were shot at. We were shooting at four places in Exeter, so anywhere from four to ten processing styles in total, with the ideas taken from the locations themselves – what I thought of at the time as well as what came to me later when at my computer.

Luckily for me it was a mostly cloudy day, with the odd patch of sunlight. And in case I sound like a weather report, for a photographer on an outdoor portrait-like shoot it helps to have that lovely even light from a cloudy day. Plus nobody would be squinting… The second photo above was taken under the shade of trees during a cloudy patch. I aimed to pull out some gritty contrast and colour vibrancy to give the image some punch.

Outside the catacombs the area is filled with old graves, large stone walls and some tree-shaded, fern covered walls, frankly all of which made for some great locations.

Further along the promenade, in front of a row of houses overlooking the river Exe the sun had come out. Now I’m not afraid of photography in the sun, you just have to be more careful of the location, available shade and the direction of the light. Oh, and it helps if your subject has a parasol and is wearing goggles made with welder’s glass… Fey Pink looks great in that one.

The old street that the action shot above was taken on, The Mint, has lots of red brick buildings, some with battered, old, stained wooden doors. So it’s there we set up for some portraits. The first portrait of Tracy is one of my favourites from that location.

Our next location was under the train line at St Thomas. Again, great light, as the sun was around the far side of the arches, and blocked by close buildings, so we had a strong, but diffuse light reflected off of the buildings to the side. Plus that gusty breeze was back, and blowing Tracy’s hair rather marvellously.

We were out for about two hours, and in that time I think we had about half a dozen people remark on the wedding… including someone who stopped their car, blocking the entrance to some shops, to get his wife to take a picture of him and his children with the band.

The key to a successful shoot like this is that everyone has a good time. It was a great way to spend a sunny, summer afternoon.