Photo editing – before and after 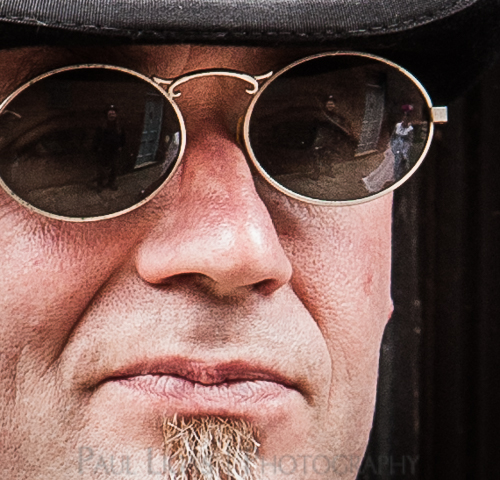 I have occasionally read or heard people say that a professional photographer isn’t worth hiring when everyone has a camera in their pocket. Modern smartphone cameras can indeed take pretty good snapshots, but they aren’t able to reproduce many things that a DSLR can – depth of field and RAW image output to name just two. But perhaps more important than the tools of the trade is the experience of the photographer when assessing and editing images in post-processing.

I have a demonstration below of a before and after photograph that I took during a photoshoot for The Mysterious Freakshow, specifically one of guitarist Tom Rosenbloom. I want to show how post-processing can make all the difference in creating a memorable image: an image that doesn’t use Instagram style presets but rather individual and carefully applied edits that create a unique photograph. 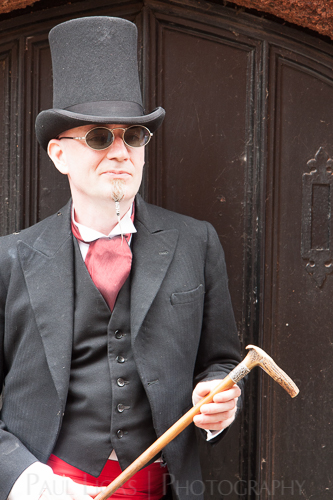 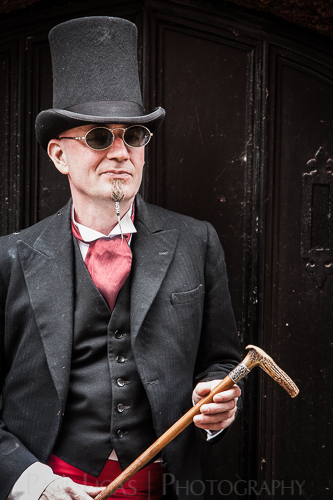 Above you’ll see an image with a slider in the centre. Just drag the slider left and right to view the before and after photographs. Pay special attention to Tom’s left hand and the top of his cane.

I’ll run you through a few of the edits I made to create the final photograph. Firstly, the original image was well exposed in the darks, but slightly over exposed in the bright areas – see the top histogram below. This is called ‘clipping’, e.g. the bright parts of the photo are too bright and are ‘clipped’ off and any details in them are lost. If this was taken with a camera phone or pocket camera the information in the brightest part photograph (Tom’s face and his right hand at the bottom) would have been irrecoverable – jpg files do not capture as much dynamic range (the range from darkest to lightest) that a DSLR in RAW mode does. But because I shoot in RAW I knew that a small slider change to bring the highlights down would bring back the details into the brighter parts of the image.

The histograms: before and after.

The after histogram also shows the results of the graduated filters selectively darkening the edges of the photo plus a reduction in the exposure, which focuses attention on the subject, not the door or the red brick frame. I also brought out the detail in the photograph – sharpening the image and increasing local contrast while reducing the saturation and vibrancy of the colours. This helped bring out both clarity and a certain grungy feeling that I was looking for. The result, as you can see in the after histogram, is that the whole image became darker, but the highlights were kept unclipped and the details in those areas are visible.

Below is a close up of Tom’s face that more clearly shows the results of the work to bring back details. As a bonus, bassist Kye Godfrey and singer Fey Pink are visible in the reflections in Tom’s sunglasses. That was a nice surprise. 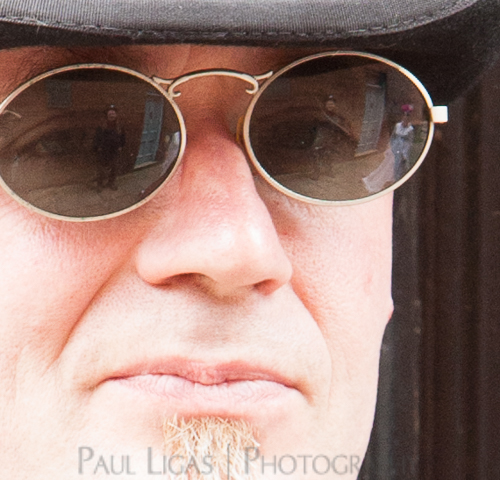 Much of a photographers job is spent in post-processing the photographs after the shoot. An idea of what the final result should look like and the knowledge of how to make it so are key to why, even in today’s world where everyone has a camera, a professional photographer will give you professional results.