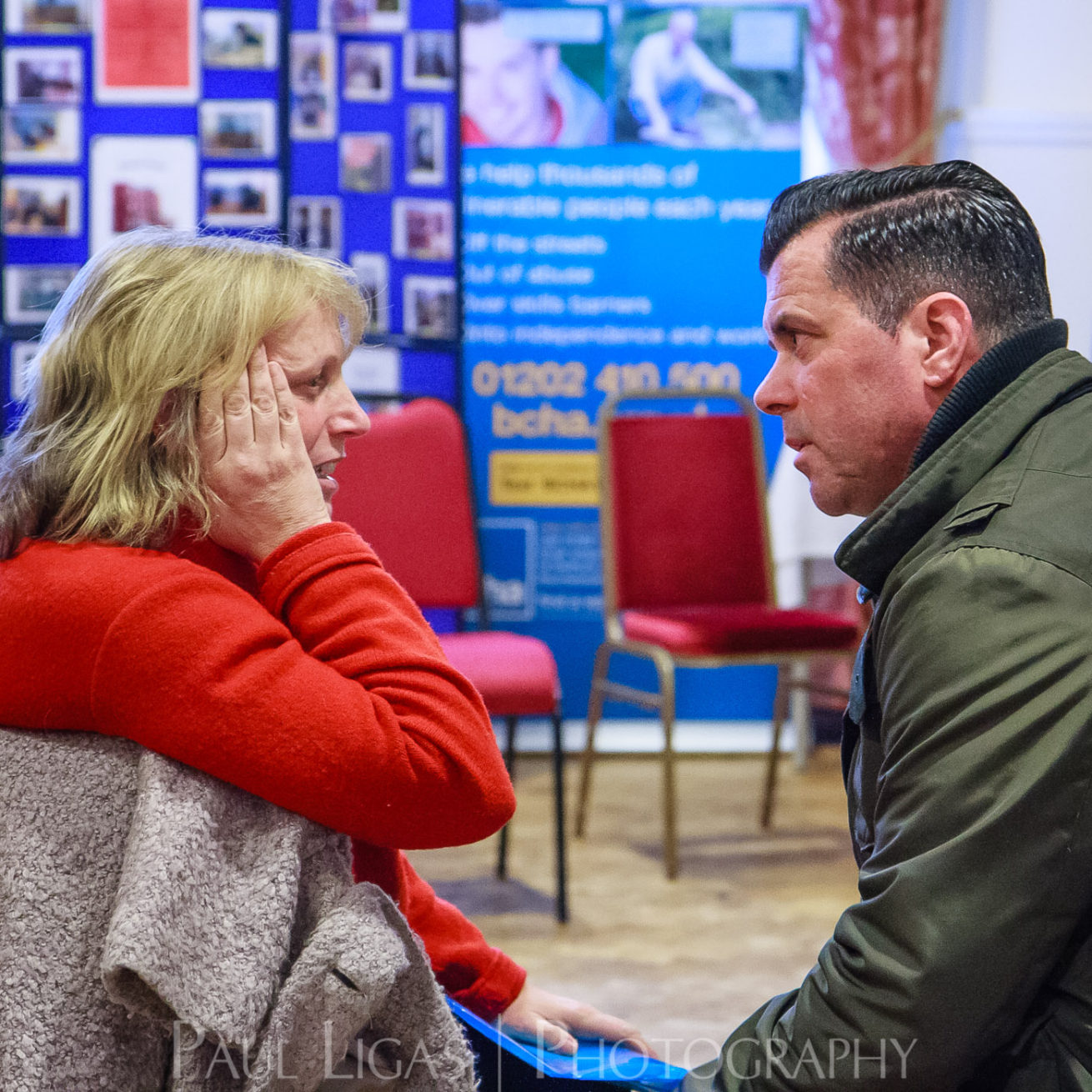 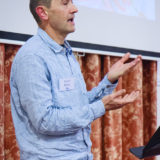 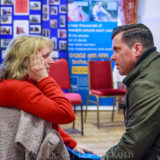 On 27 November I attended the Devon Recovery Conference organised by Ripple Effect, a project of Exeter Community Initiatives, as the official photographer. I was there to take photographs of the presentations, the attendees and workshops. The conference was held at St James’ Park, home of Exeter City Football Club, and was attended by about two hundred people.

Once on site, I had a good look around to familiarise myself with where things were going to be happening throughout the day, and had a look at the lighting in the rooms. All of the rooms were lit by energy saving fluorescent-style ceiling lights (thankfully, not fluorescent tubes). The main conference room had the curtains drawn, so the light was fairly even, unless a speaker was standing immediately below a light, which casts unflattering shadows on their face – I could do nothing about that.

The rest of the rooms were a mix of the energy saving lights plus cloudy daylight coming in through the large windows. It was going to be challenging to get the white balance correct, as the energy saving bulbs gave everything a yellow/orange cast, while the daylight from the windows was very blue.

To counter that I used flash a few times early on when delegates were still arriving, but soon it became too crowded to use the flash. As I was there for the entire six hours of the conference, using a flash in crowded areas to take hundreds of photographs would not only distract and even possibly annoy the delegates, it would mean that I was very obvious. I prefer to remain largely in the background when photographing events so as to get the kind of natural photographs that come when the attendees forget that there’s a photographer there.

The photograph above of two delegates deep in conversation illustrates the compromise between using a flash or having to deal with serious white balance issues in post-processing. To have used a flash when taking that photograph, from about six feet away, would have seriously interrupted the conversation the delegates were having, which would have made my presence there as a photographer a disruption to the proceedings. In post-processing I had to correct the white balance for the subjects, but the result of that is the light from the windows in the background is very blue. This situation repeated itself many times – most challengingly when one delegate was facing a window with blue outdoor light, talking to another delegate who’s face was lit by the energy saving bulbs.

In the end I’m pleased that I stuck to my non-flash photography, because my role was to record the event and not to be remembered by delegates.