Event photography – How I took it: Steampunk Yule Ball 2013 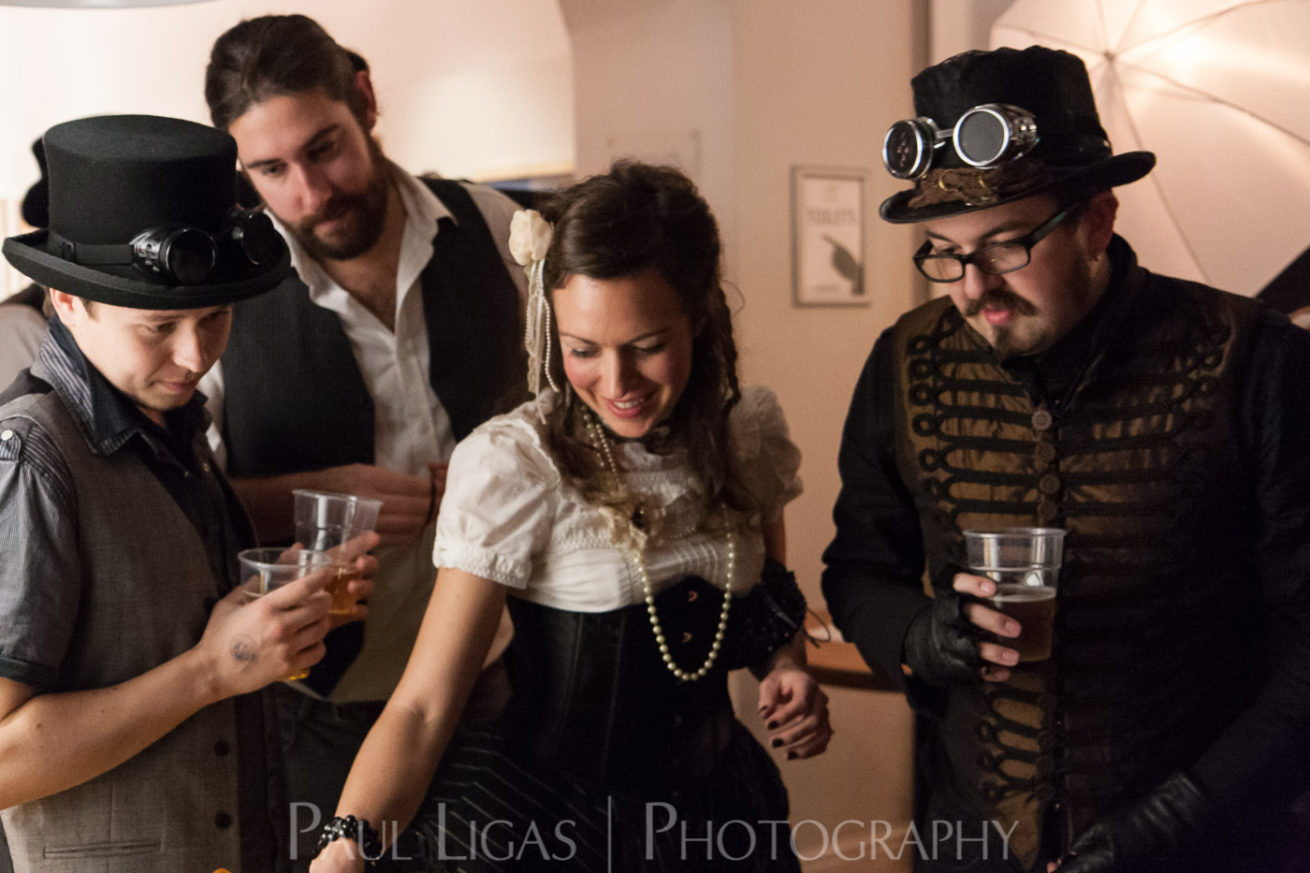 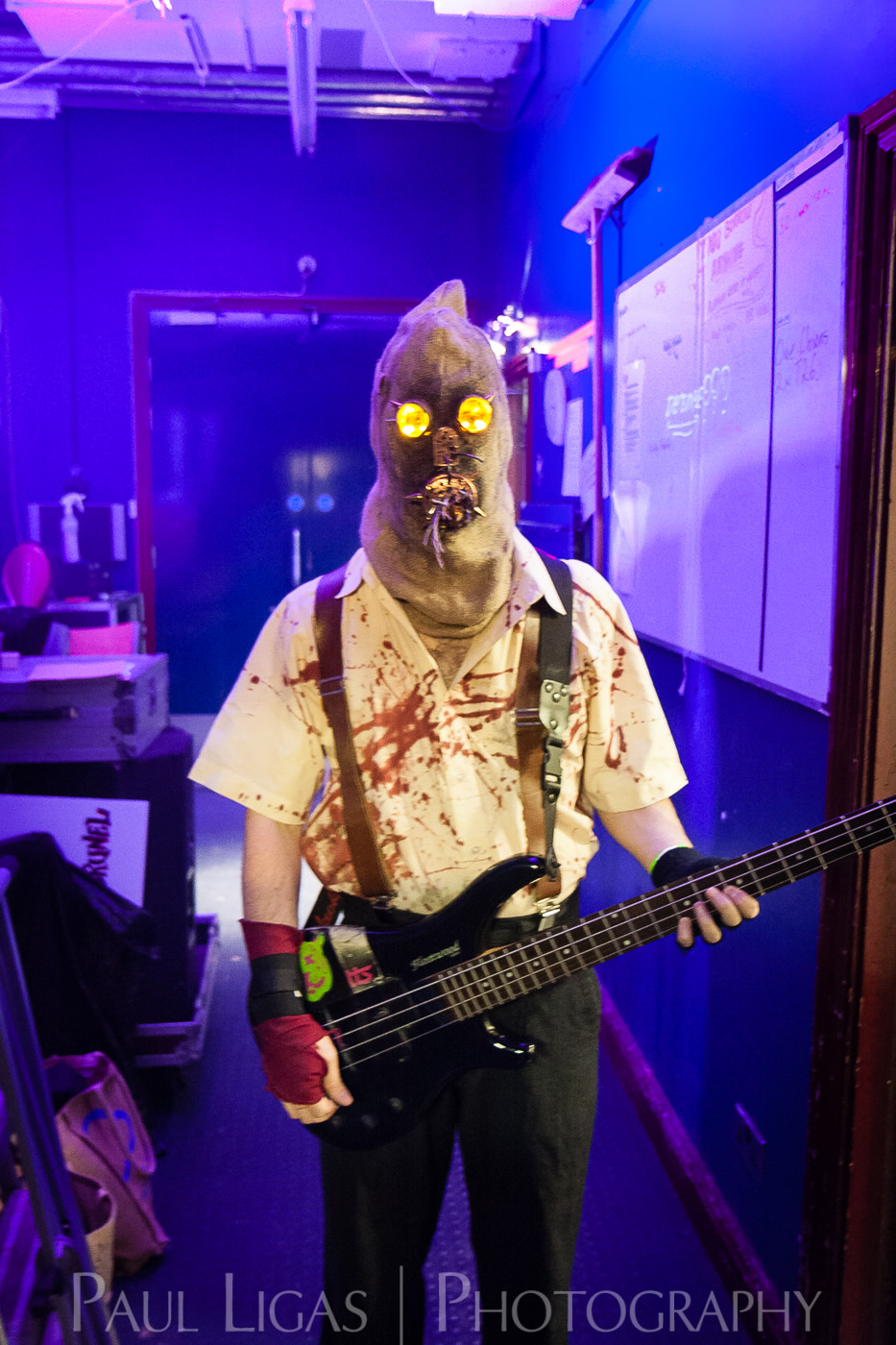 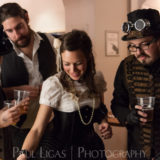 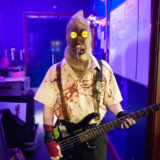 Different photographers have different approaches to event photography to meet their client’s requirements. For clients, it’s important to know the style their chosen photographer works in, and the type of images they’ll get from it. For this article I’ll be referring to the photos I took at the Steampunk Yule Ball in Exeter last December as an example of the methods of photography that I use at events, and to illustrate some of the photo styles that result from that.

I work in a naturalistic way for most of my photography. In this context that means that I use natural or ambient lighting wherever possible as a way of getting closer to what it was like to be at the event. I do carry an off-camera flash with a reflector card to soften the otherwise harsh shadows and extreme contrast that using a flash too often brings, but my use of the flash is limited to when it’s required. Many photographers will leave the flash on all the time, but this doesn’t result in the look that I aim for, and in particular it too often results in unflattering, over-staged images.

I also prefer, wherever possible, to not be seen – to take photographs of people who are relaxed and not posing for the camera. In this way, the photographs I get are more reportage: telling the story of the event, rather than imposing myself on the event and its attendees.

The first thing about event photography is getting key moments scheduled in my head so that I can be at the right place at the right time – who’s on stage when, where are the key areas that people will be meeting during breaks, where are the backstage areas to capture relaxed moments before a speech, etc? With that in mind I’ll explore the event with my camera set on aperture priority so that I can simply raise it and press the shutter.

The first image is one of my favourites from the Yule Ball – it shows a group of friends, oblivious to the camera, relaxed and focused on the items on the table in front of them. The lighting was provided by a strong spotlight to the left where a henna tattoo artist was working, ambient light from the hallway behind and the studio photographer’s set up in the back. It’s warm and honest and captures the friendly feeling that was the essence of the event.

But the second photo… well, this is one of those images a photographer dreams of at an over the top event like this.

During my rounds of the rooms I came to the rear backstage door, entered the code, opened it and with no time to think, swung my camera up and clicked the shutter to capture the statue-still bassist (who had, it seems, just been waiting on the other side of the door. Maybe his glowing eyes could see me through it… ). No, it’s not perfectly composed because it wasn’t composed, it was spontaneous. Again, the lighting is entirely ambient, and no post-processing was done to enhance that – a bright hallway behind me illuminating him, and the smoke-machine filled, purple backstage glow giving an almost electric, otherworldly feeling.

Natural and ambient light. Relaxed and spontaneous. I think this style of event photography brings you into the event in a way that group photos taken with a flash will never do.

[To see a few more of my photographs from the Steampunk Yule Ball 2013, have a look at this blog post from shortly after the event, and also pop to my Facebook page, where I made all of the images from the Ball available for the attendees to see.]