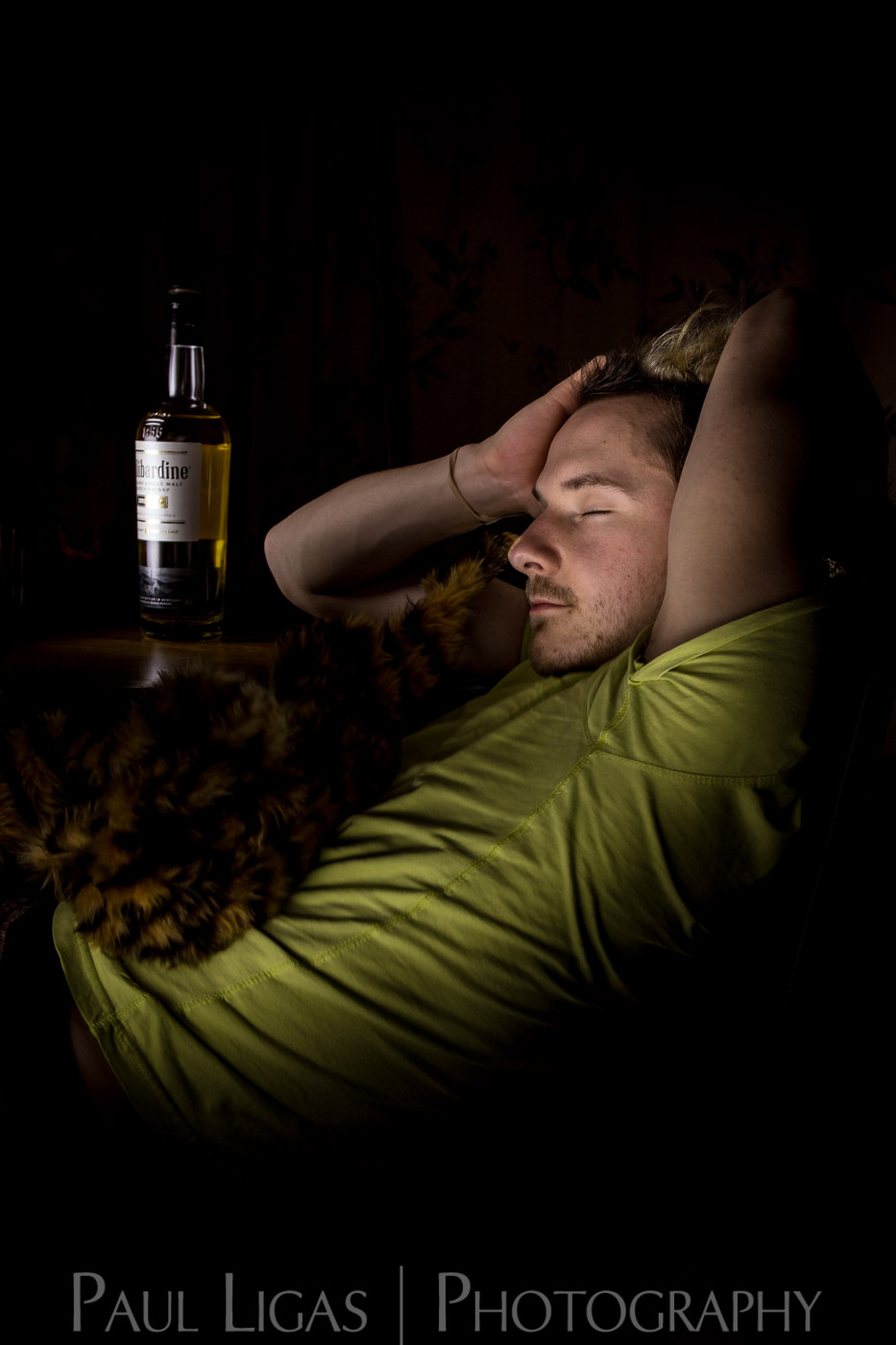 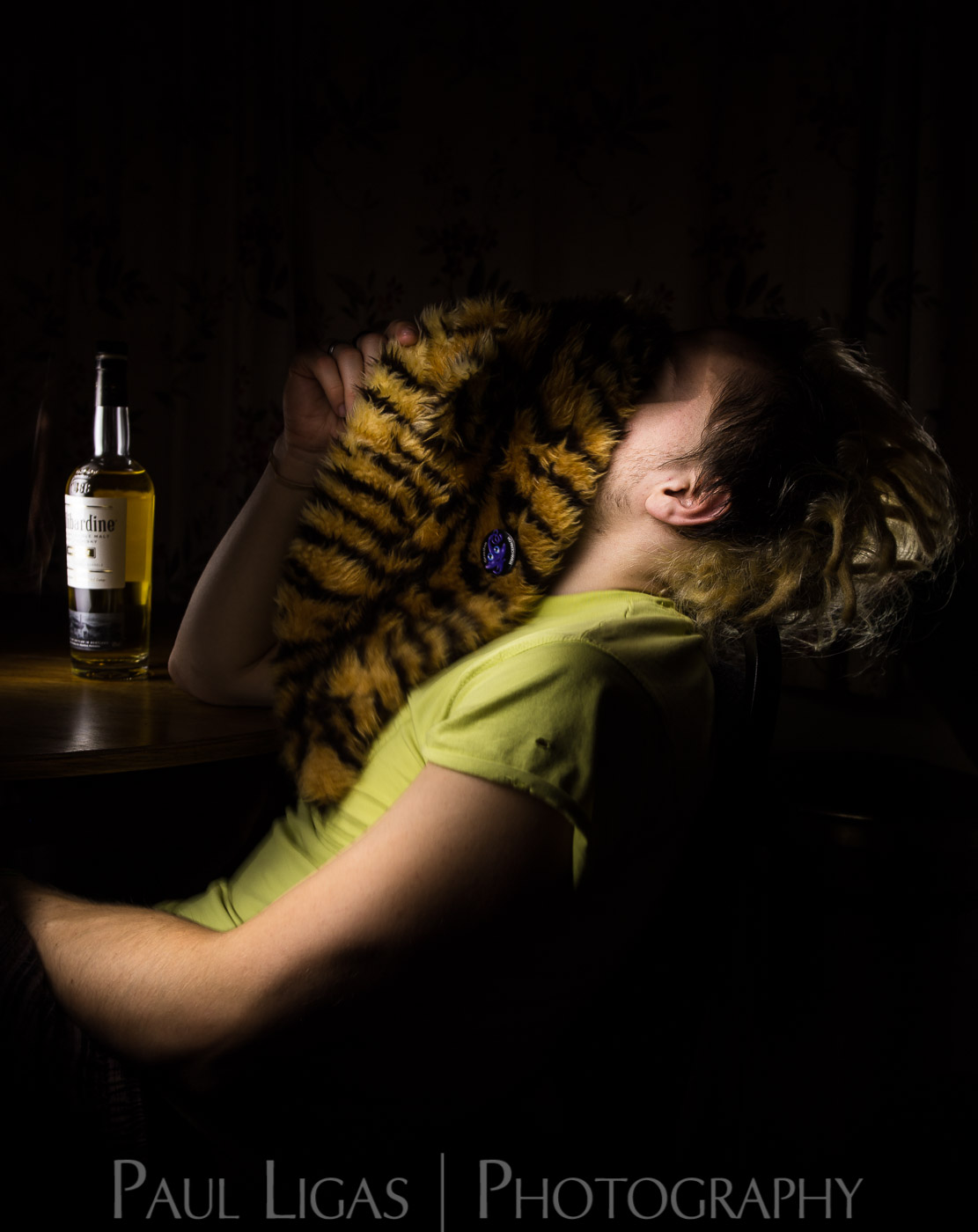 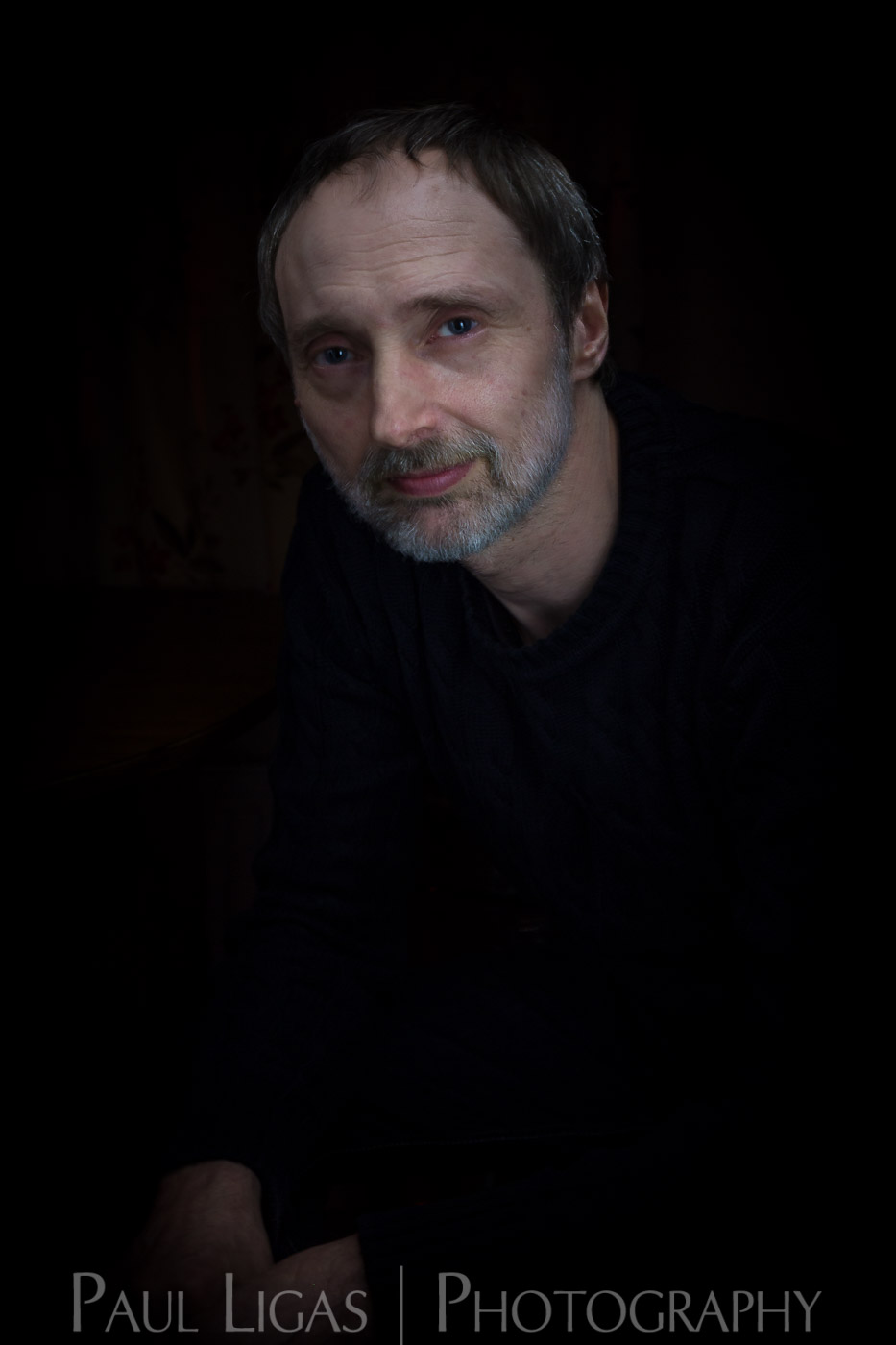 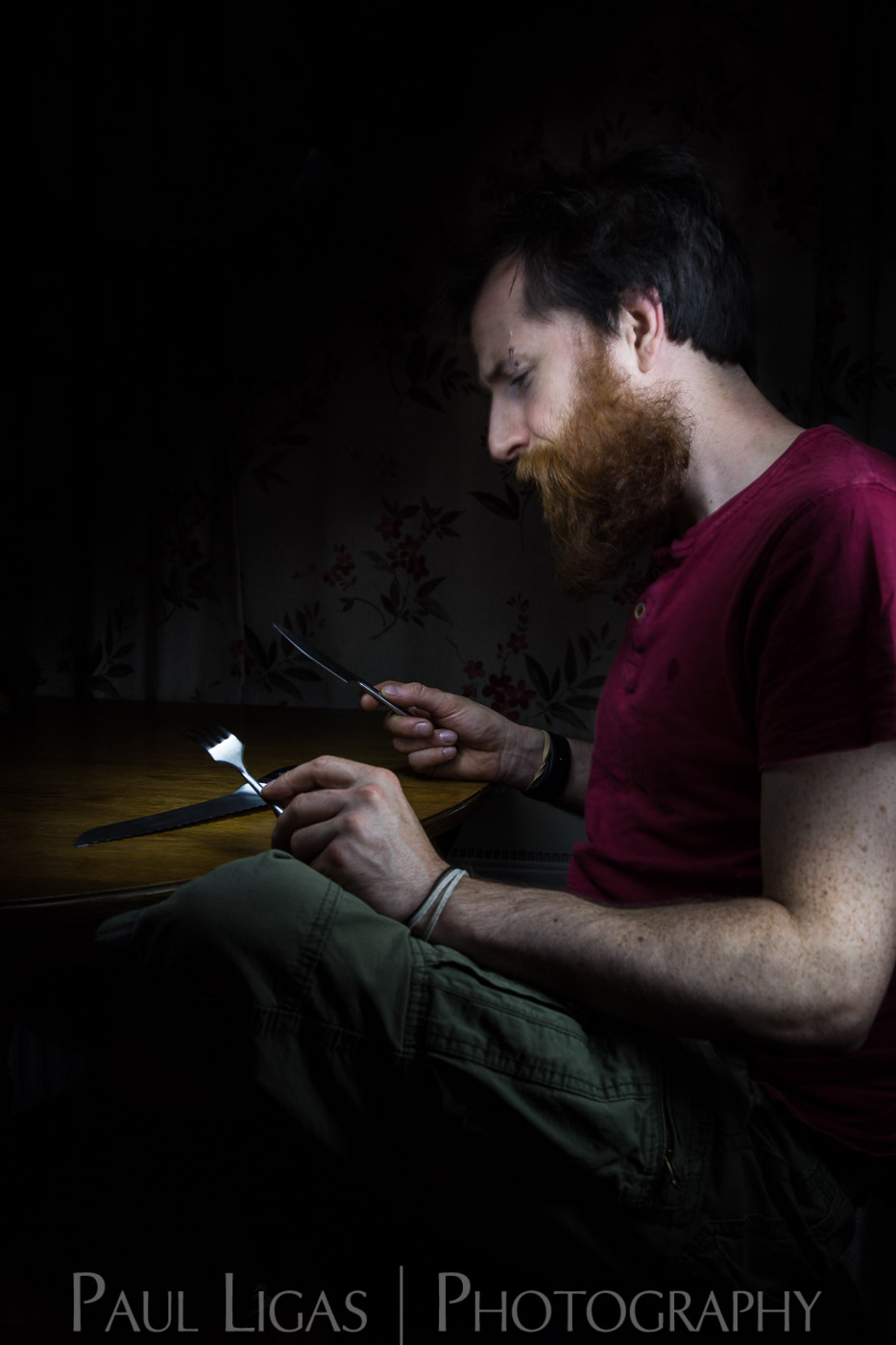 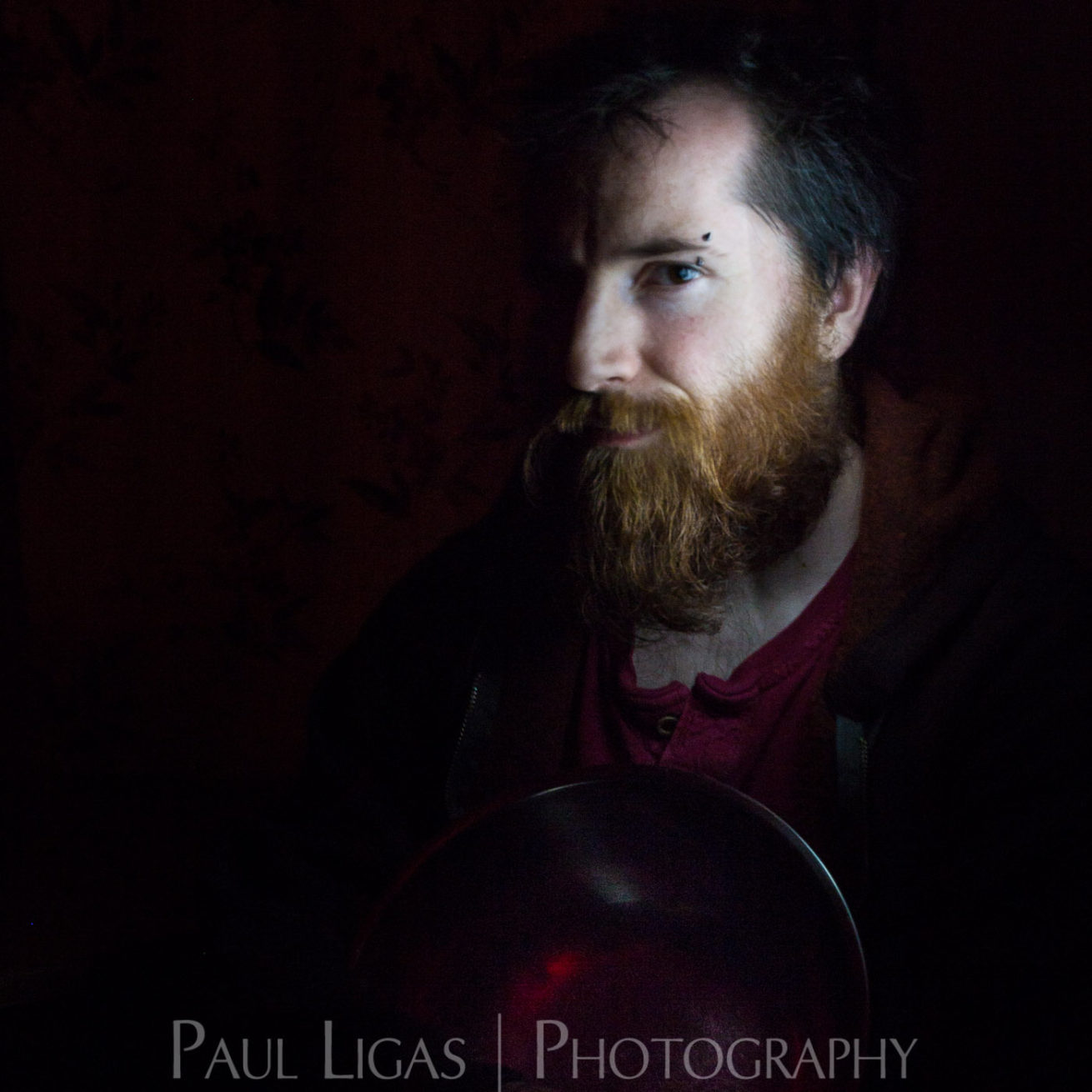 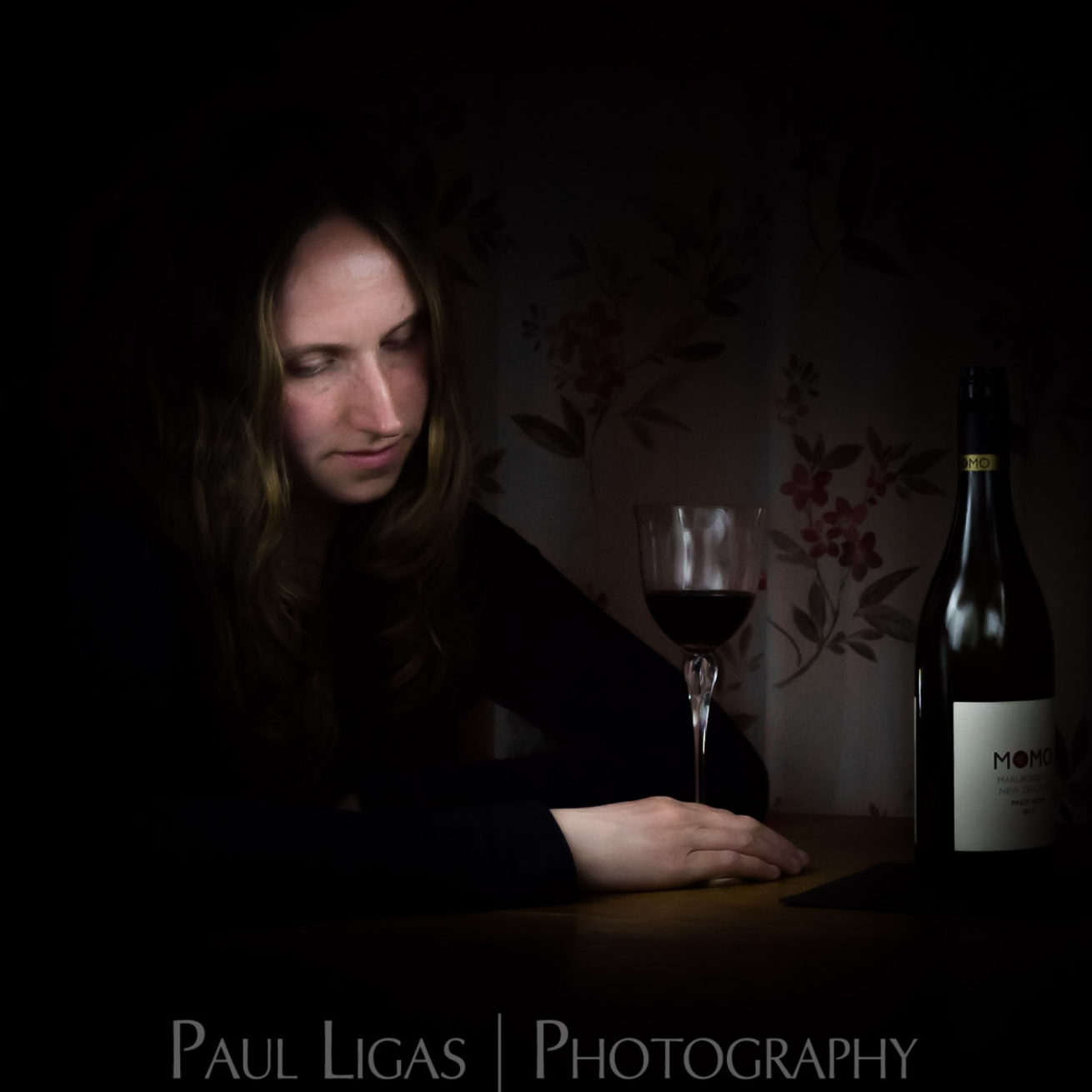 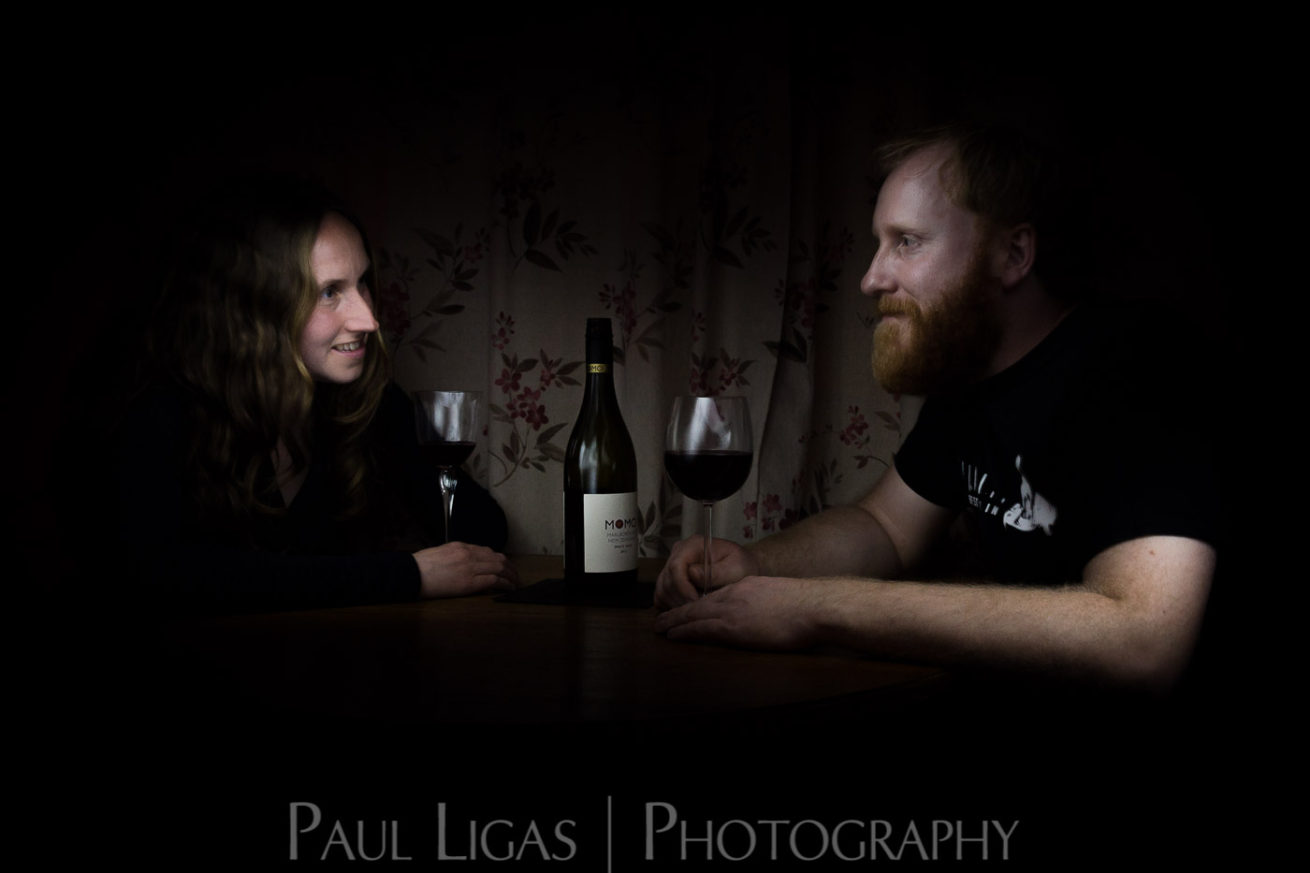 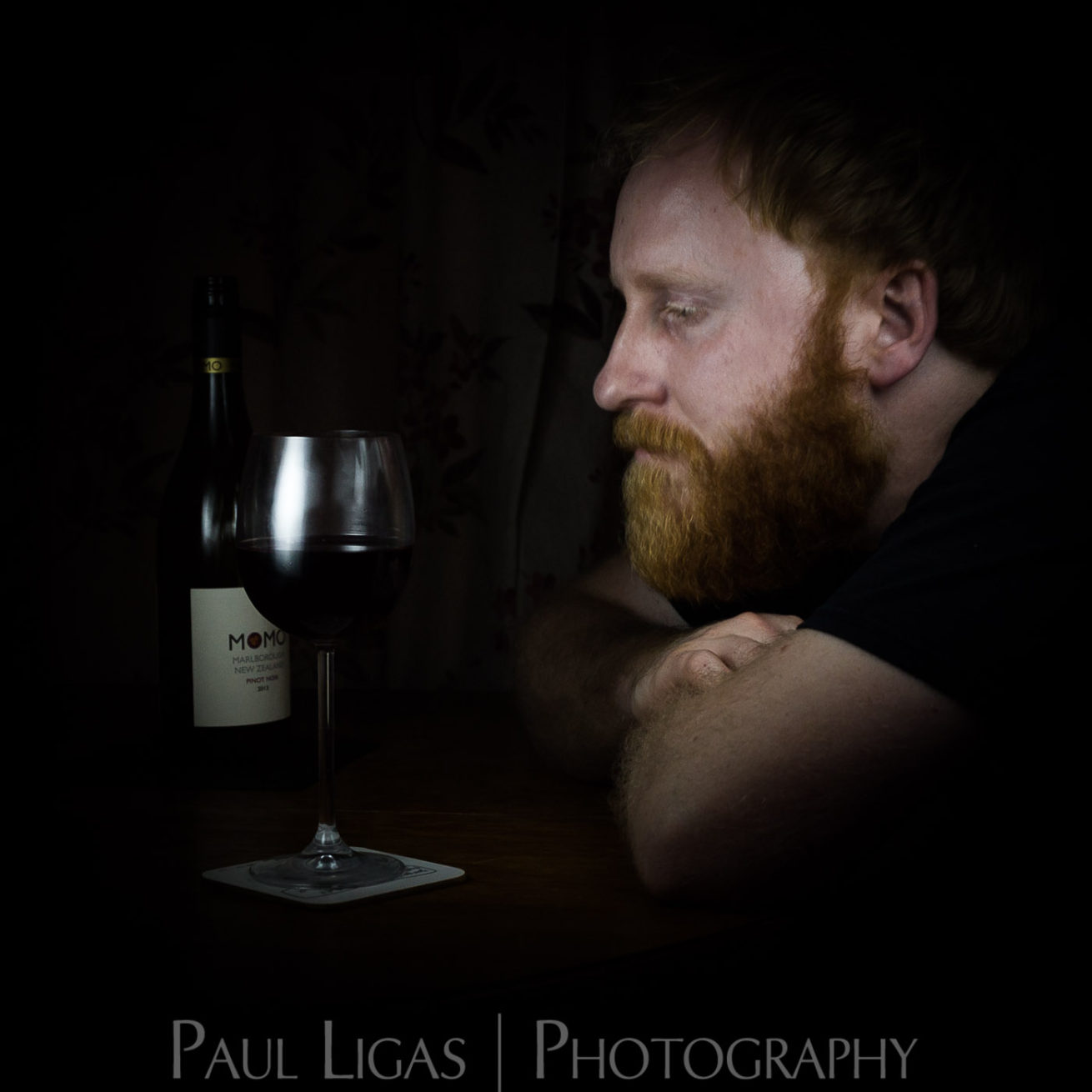 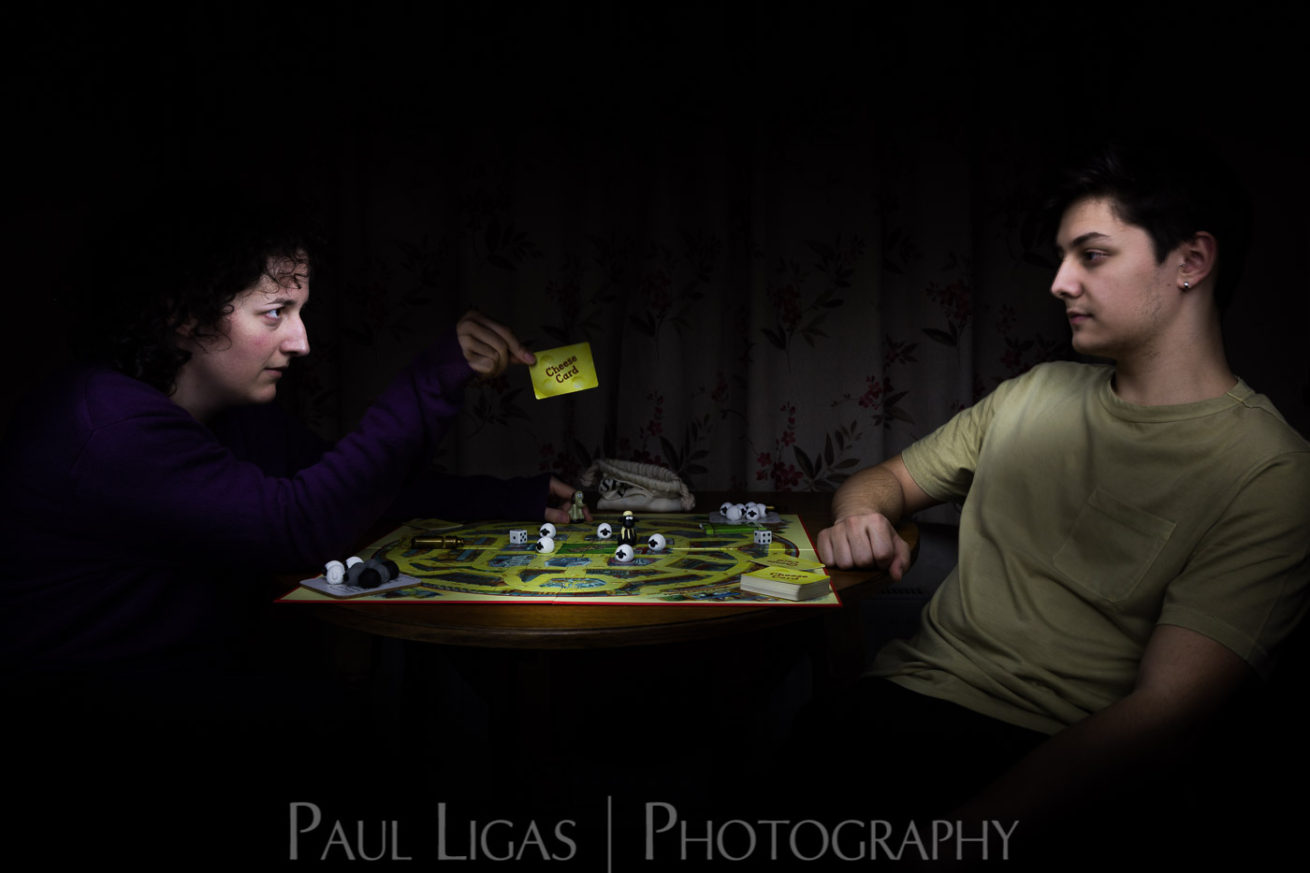 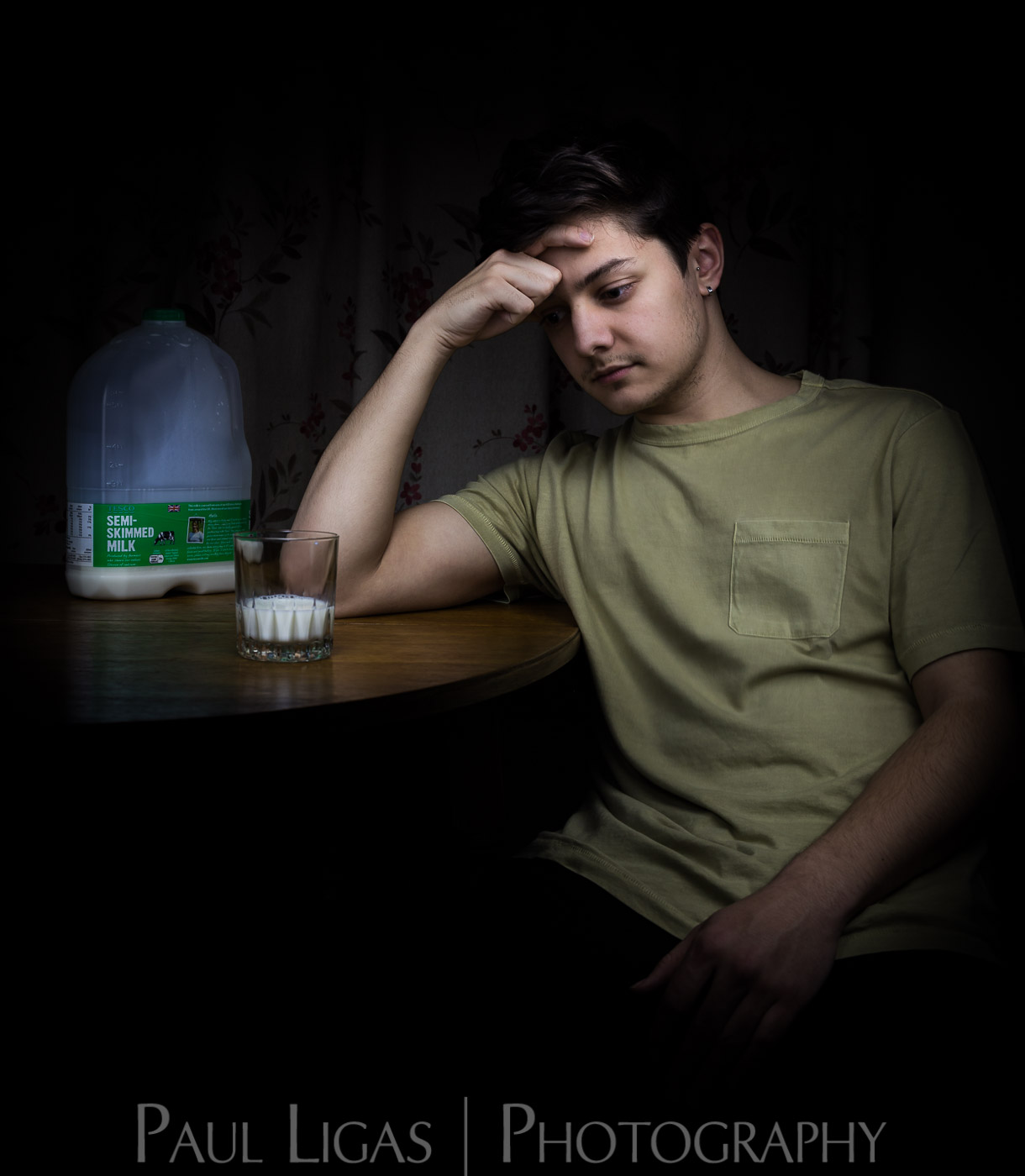 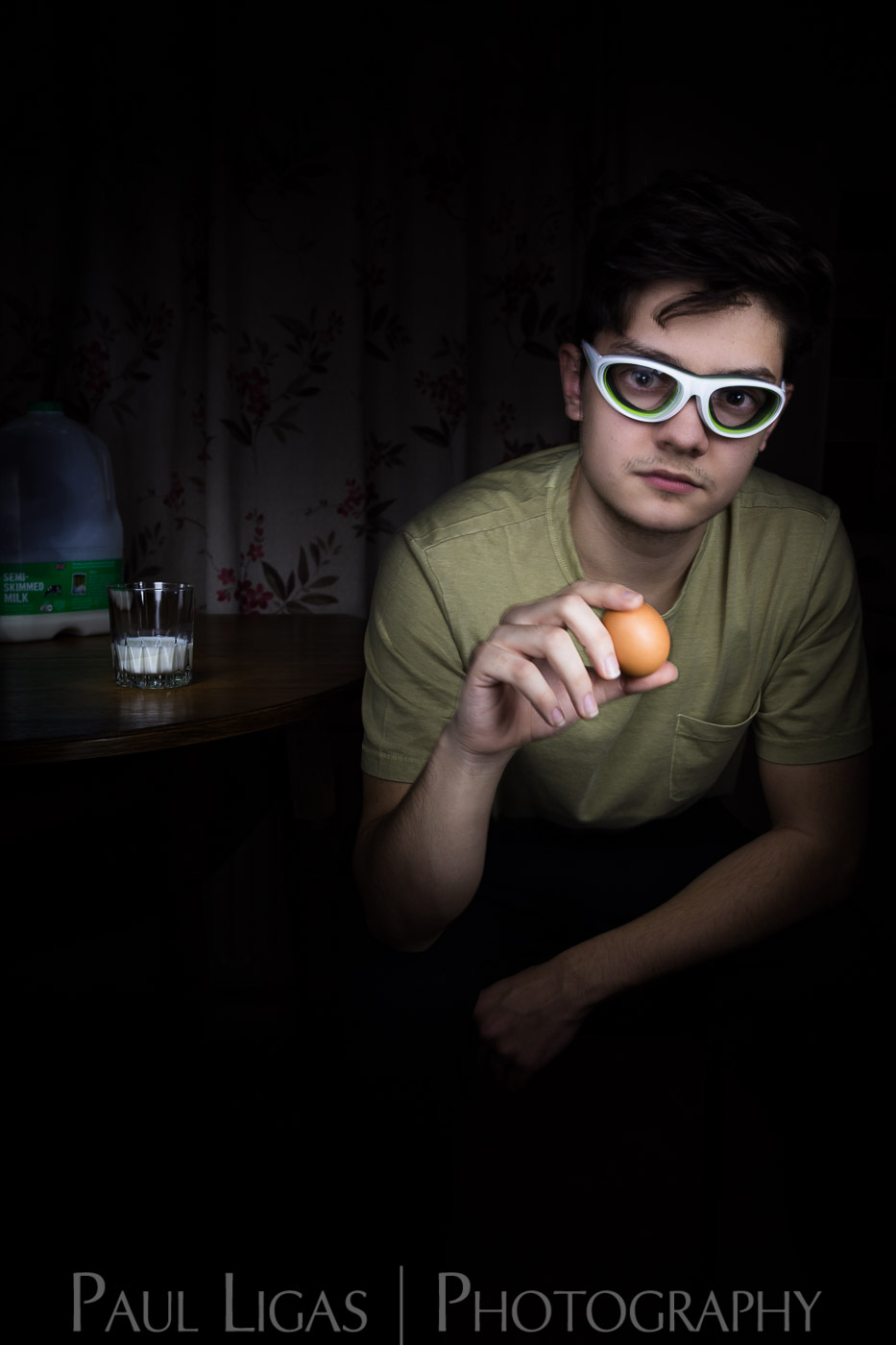 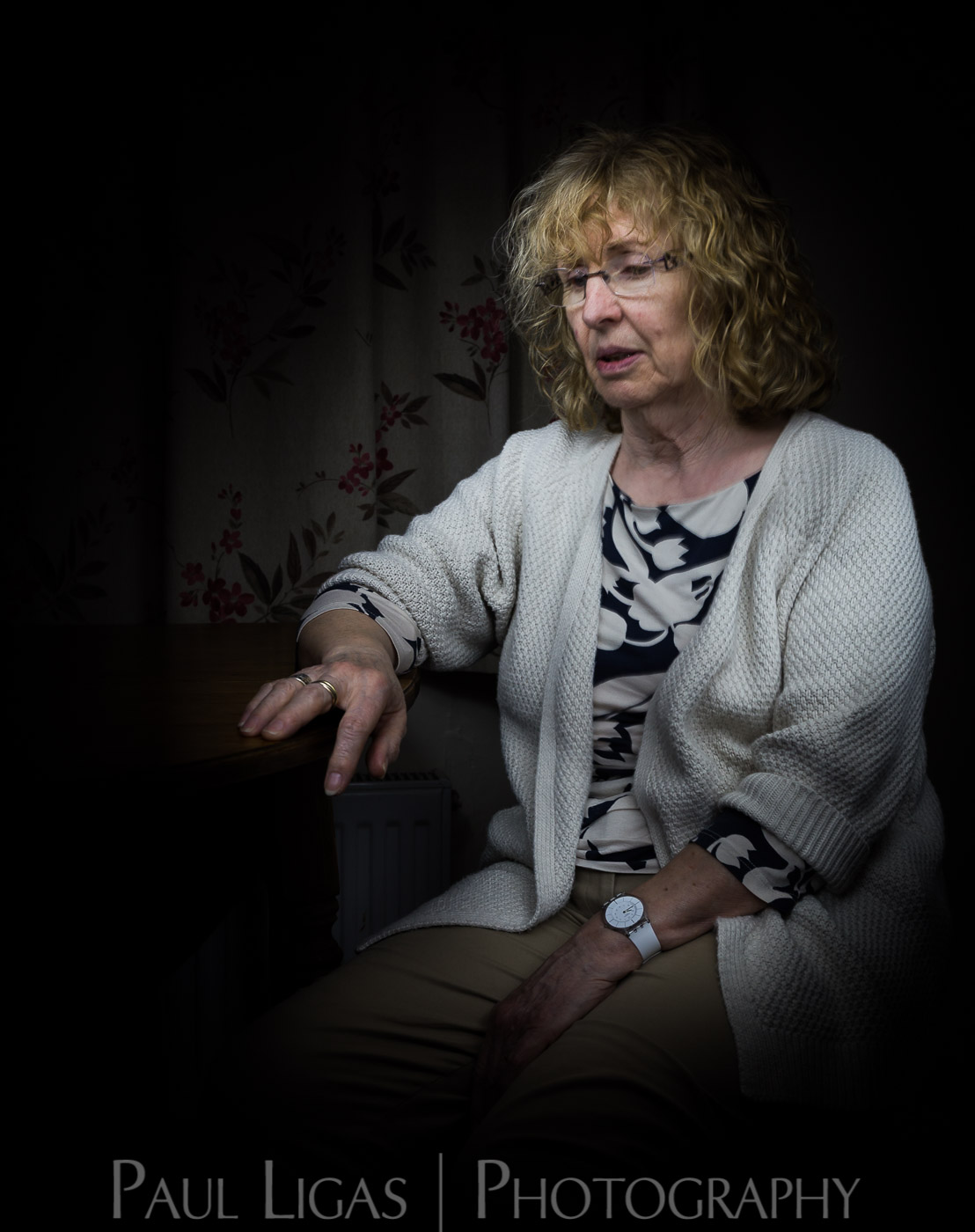 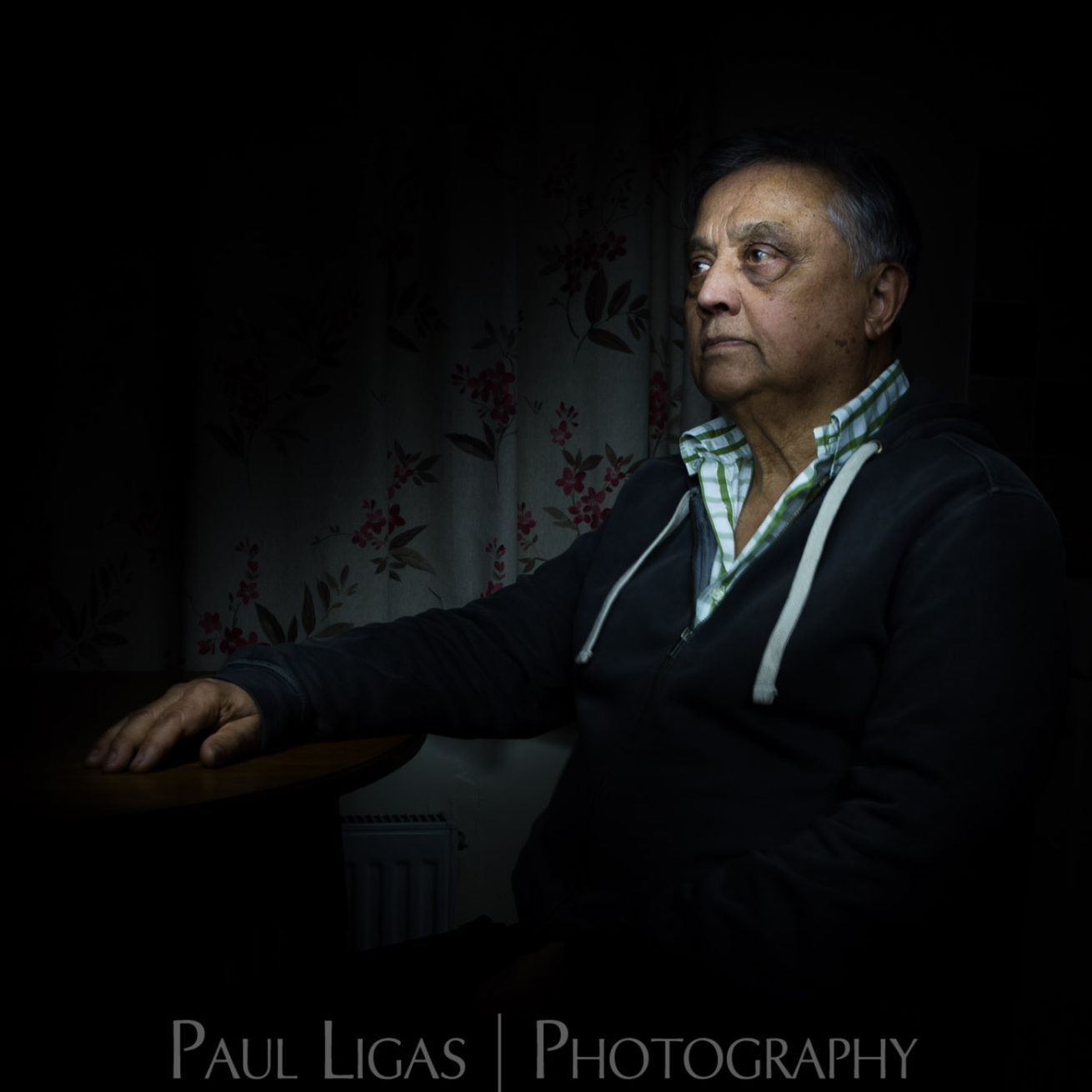 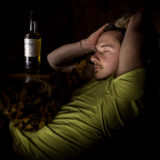 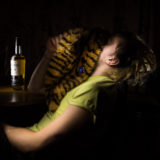 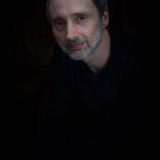 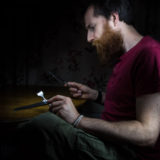 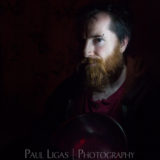 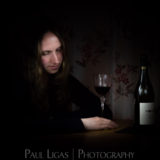 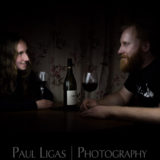 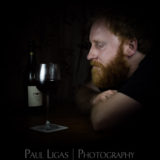 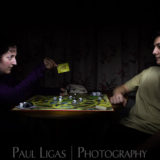 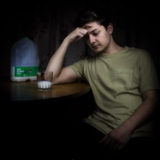 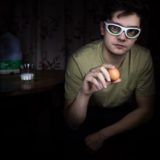 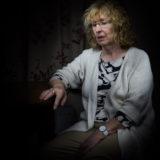 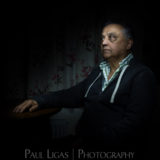 Light painting portraits are taken in a completely dark room (at night, usually) – I turn the kitchen lights off, as well as any other incidental lights, such as the microwave clock, or the dishwasher lights. This is necessary because the exposure is 30 seconds, requiring the sitter to remain perfectly still while I paint the light on to them using a mobile phone set to a white (or slightly coloured) screen. Any incidental light, however small, over such an exposure would be visible in the photograph.

Interesting for me as the photographer, is the sense of ownership that sitting for these portraits bring out everyone. Everyone has carefully chosen their pose, from the stately or powerful portrait pose to more playful poses (as it progresses, some poses and setups have become deliberate comments on previous photos in the series). There is also a lot of drama – a story being acted out over four photographs, a scene from a game, or individual dramatic scenes.

Indeed, there seems to be more of a conversation between the sitters and me for these photographs than in a traditional portrait session. I take everyone through the steps of what will happen, and I do warn that they’ll need to strike a pose that they can hold for 30 seconds without moving, which is difficult enough to do for just a straight pose without adding emotion or acting to it.

Sometimes people are a little nervous about what they’ll look like in such an odd photography session, and since not many people sit for ‘traditional’ portraits anymore we always take a break to look at each photo after its taken and have a discussion about what went well or what didn’t work, as well as coming up with a lot of ideas about what to try next.

Because of the difficulty in holding perfectly still for that long, a little bit of movement is to be expected, and there is an occasional slightly blurry portion of an image, but I feel that that’s as much an artefact of the process of this sort of light painting as is the high contrast of the images, so I don’t hesitate to include them in the series because of the overall impact that the photograph has.

People have remarked how much like paintings these photographs look – to me they have a beauty, a stillness and a tension that most portrait photographs don’t have, even though those too capture the subject in a still frame. They are remarkably enjoyable to take and work on and I plan to continue this series for a while longer.