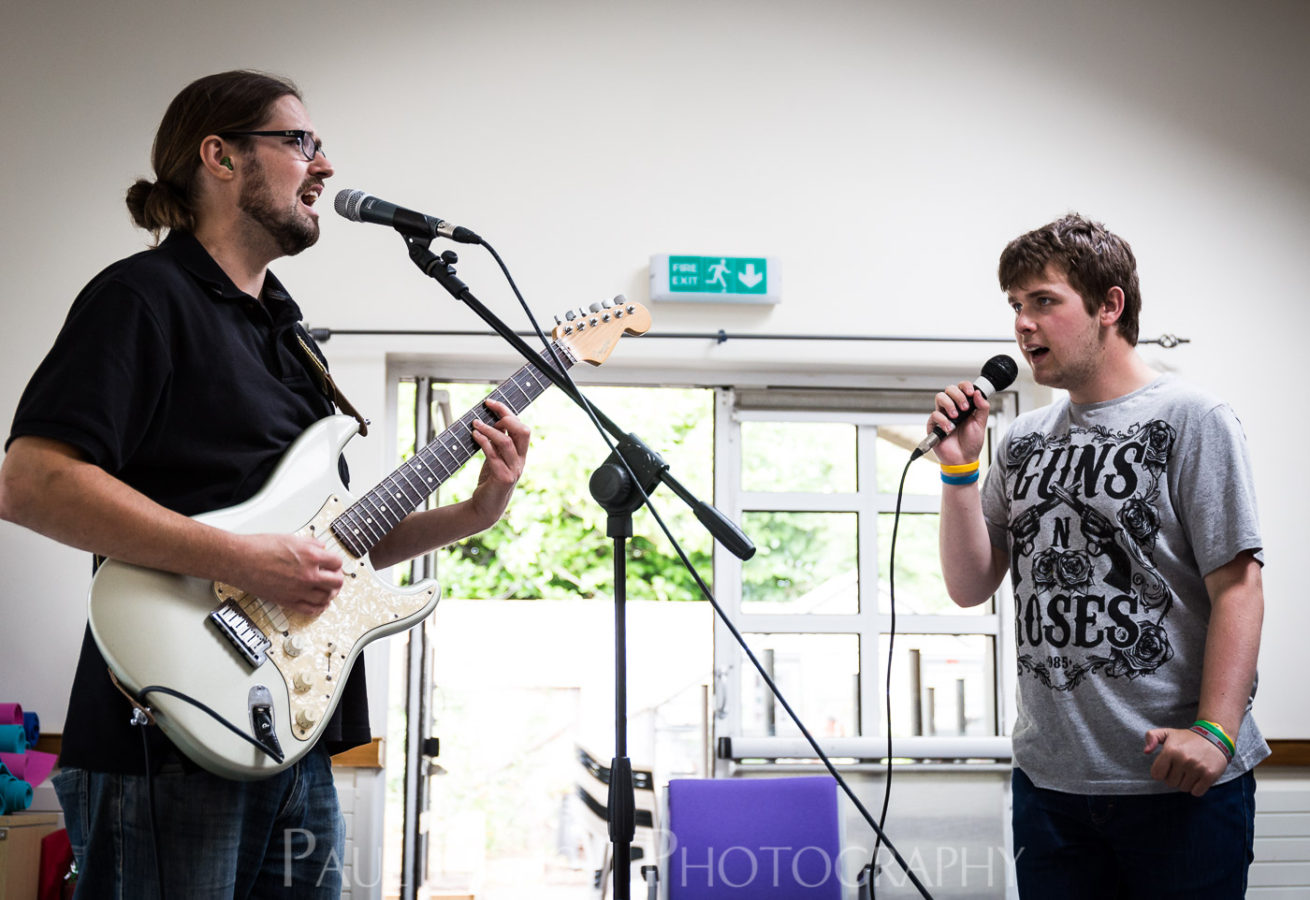 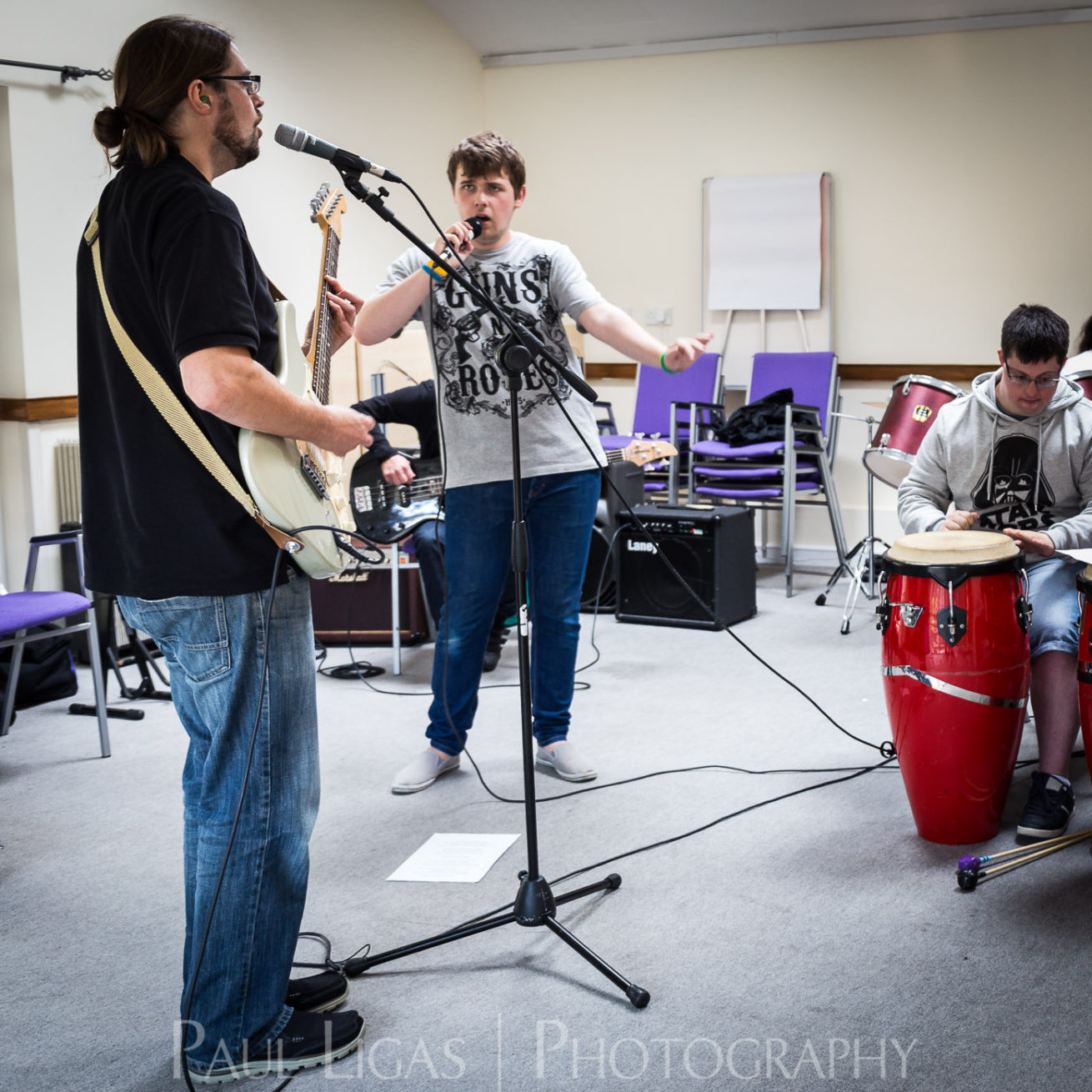 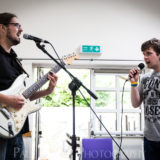 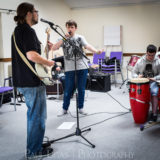 I’ve previously taken photographs for Reaction Music (see African Drumming Workshop) to provide images for their upcoming website, and Kevin asked if I could take more photographs for them of a Rock School workshop that they were putting on at the Aspire Living centre in Hereford.

Aspire supports people with learning and other disabilities, allowing them to lead fulfilled lives, and take part in and contribute to society. Reaction Music put on their Rock School workshop to give some of the people Aspire supports a chance to play musical instruments and have the experience of being in a rock band.

Kevin wanted photographs of the workshop to include the participants playing their instruments as well as some ‘stock’ photographs of instruments and amplifiers that could be used to promote their workshops on social media and on their (in-progress) website.

On arrival I found friendly people, and a bright and naturally well lit room with windows above and on two sides, which I was pleased with as I wouldn’t have to use a flash at any point – something that would have interfered with the participants and made me too intrusive. Kevin made sure I knew which of the participants had given permission for the photography, and both he and I wanted to make sure that the work I was doing there captured everyone having a good time, which meant my not getting in anyone’s way.

Once they began to learn the song (Sweet Child O’ Mine, by Guns N’ Roses) Kevin and his associate Ron were showing everyone how to play their instruments and leading the session, and I was able to move about the outside edges of the room. I planned to take the photographs just like I would for my band and concert photography and it became obvious quickly that everyone in the room loved the camera! Having your photograph taken while playing will make anyone feel more like a rock star, and who doesn’t want that?

I knew I had a good set of images to work from, and in post-processing I decided to give the photographs a little bit of a rock band edge by using higher than normal contrast and a fair amount of colour vibrancy, as well as a lot of vignetting, which had the additional benefit of darkening the walls of the room, and focussing the viewer on the people playing their instruments.

Kevin was very pleased with the photographs, and has already been using them on Reaction Music’s twitter feed to promote their workshops. Do have a look at Reaction Music and Aspire Living – they both do very valuable work.