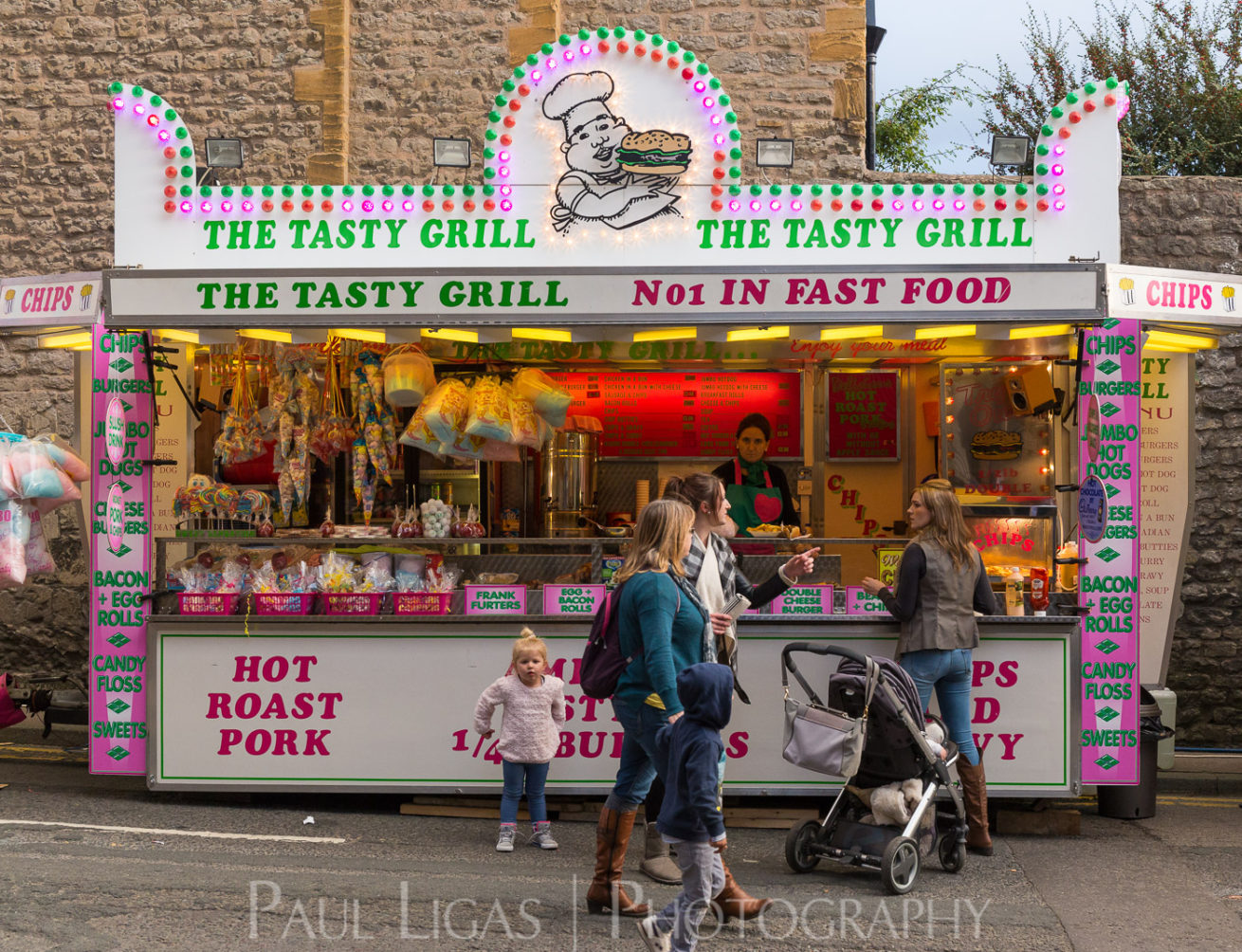 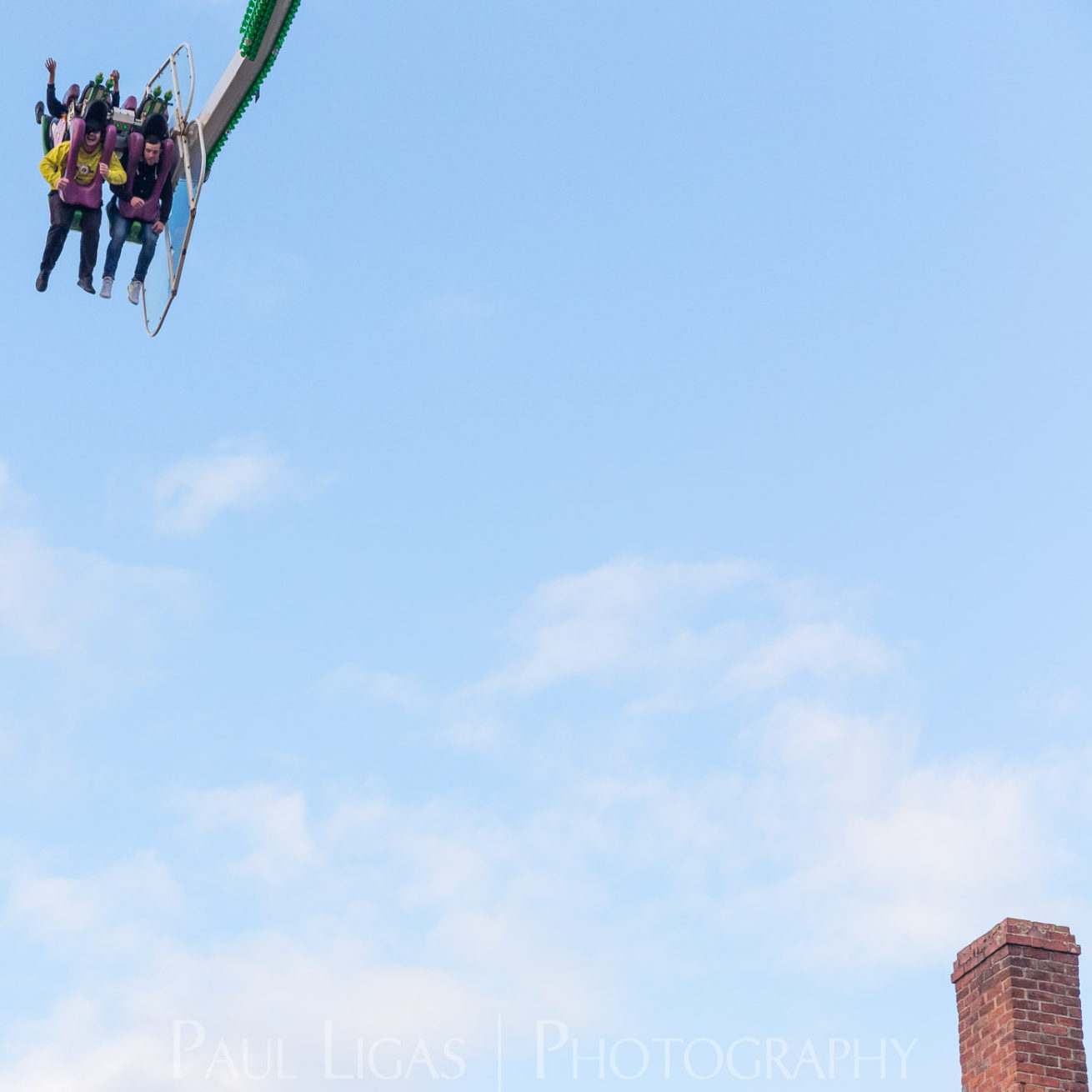 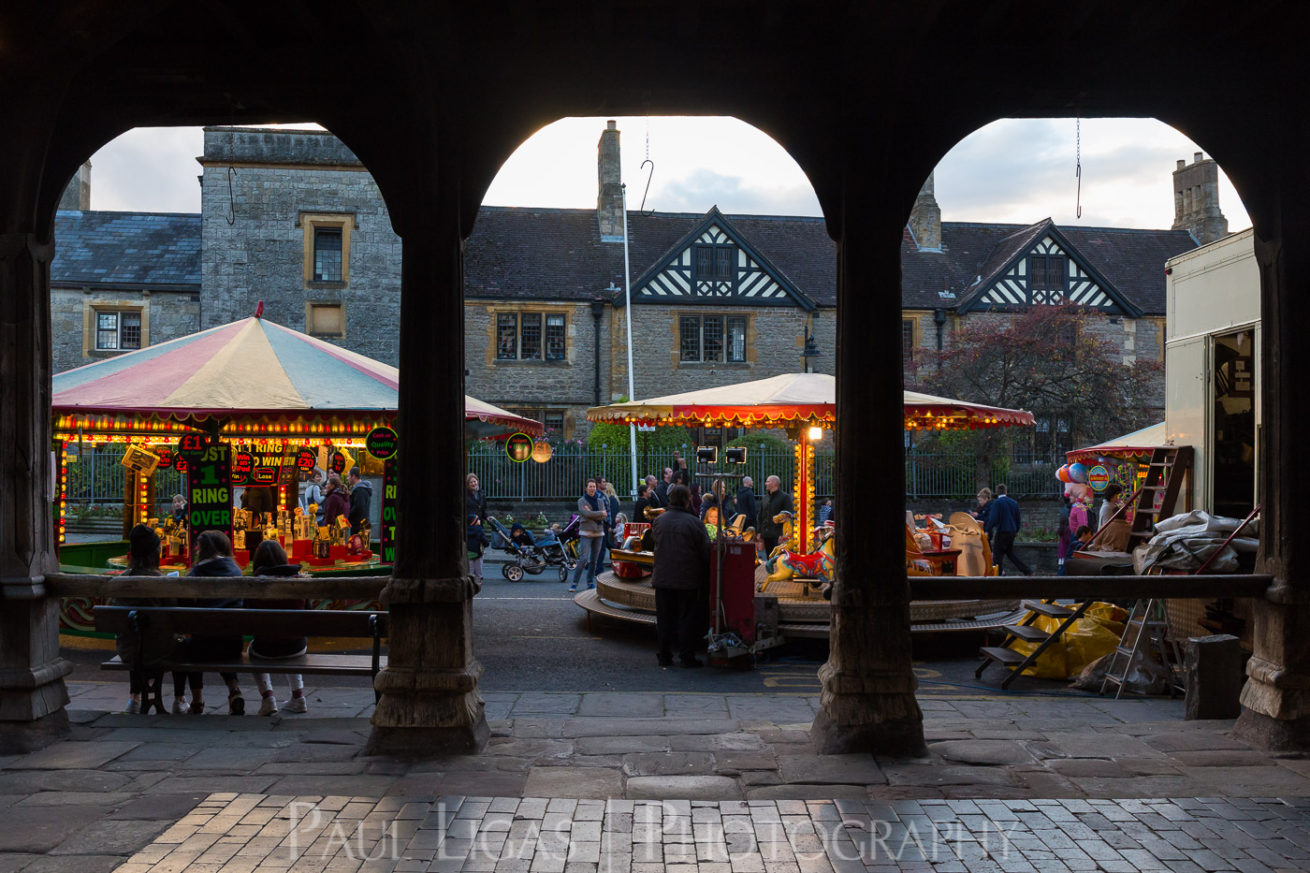 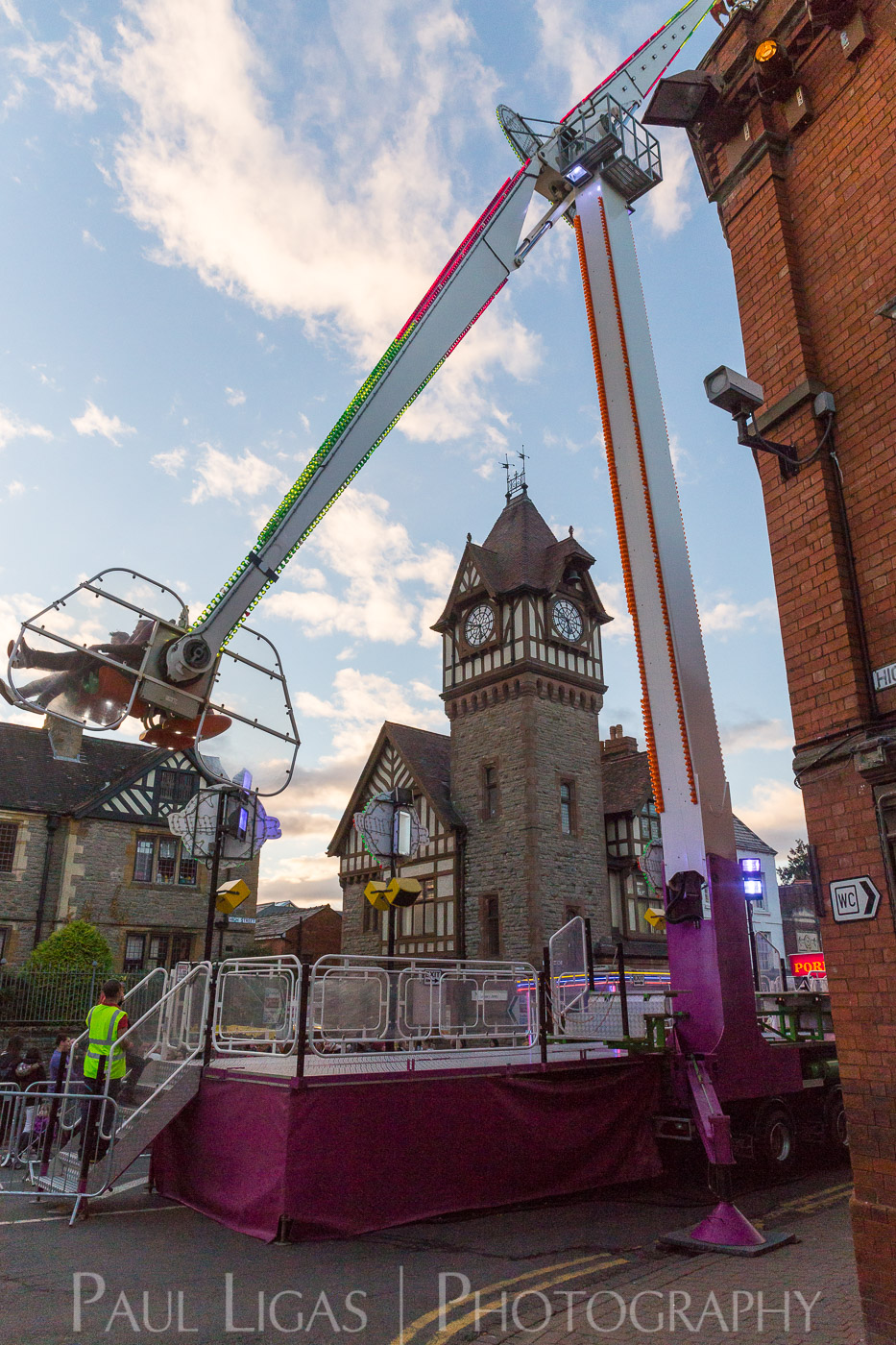 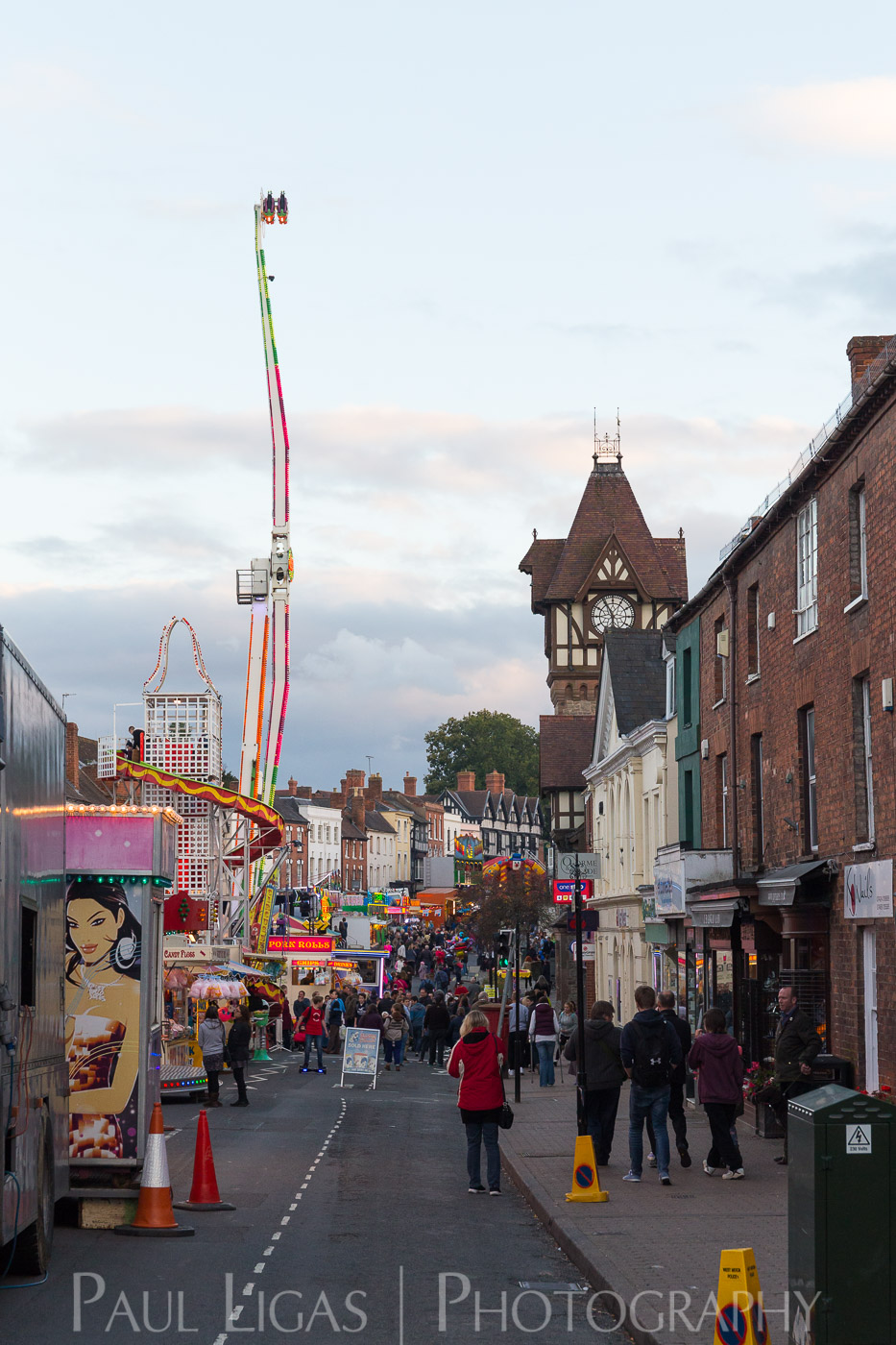 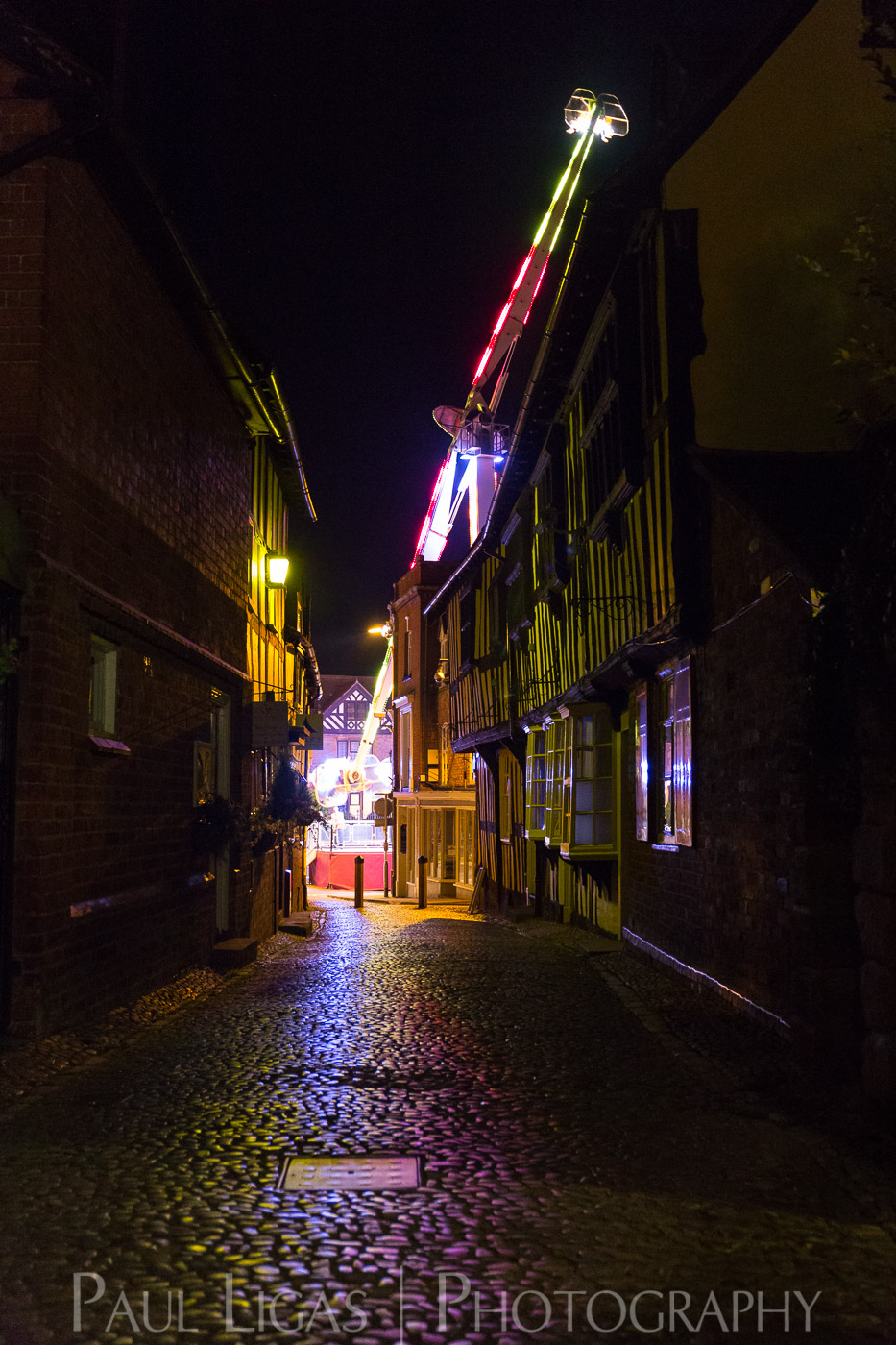 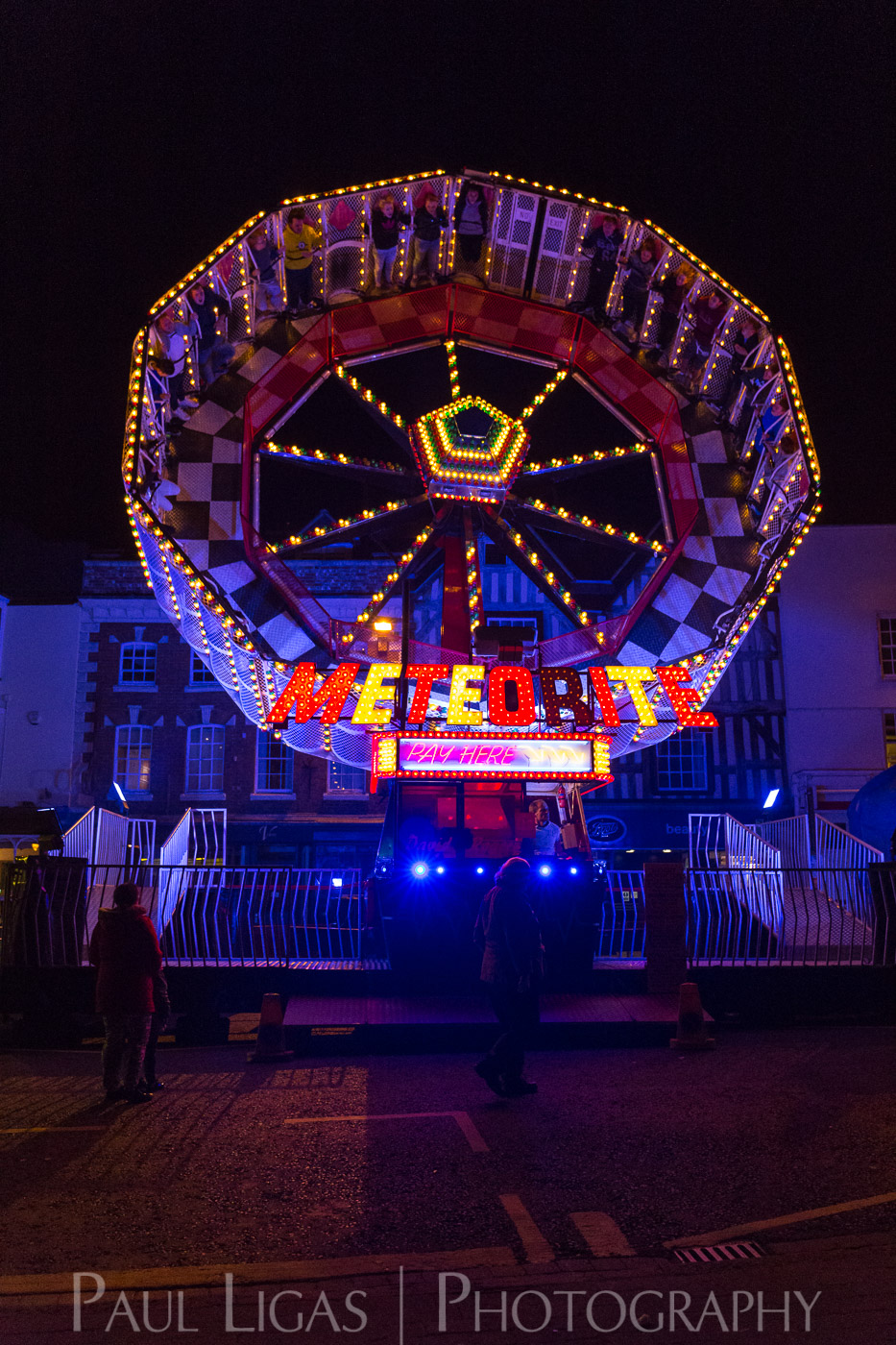 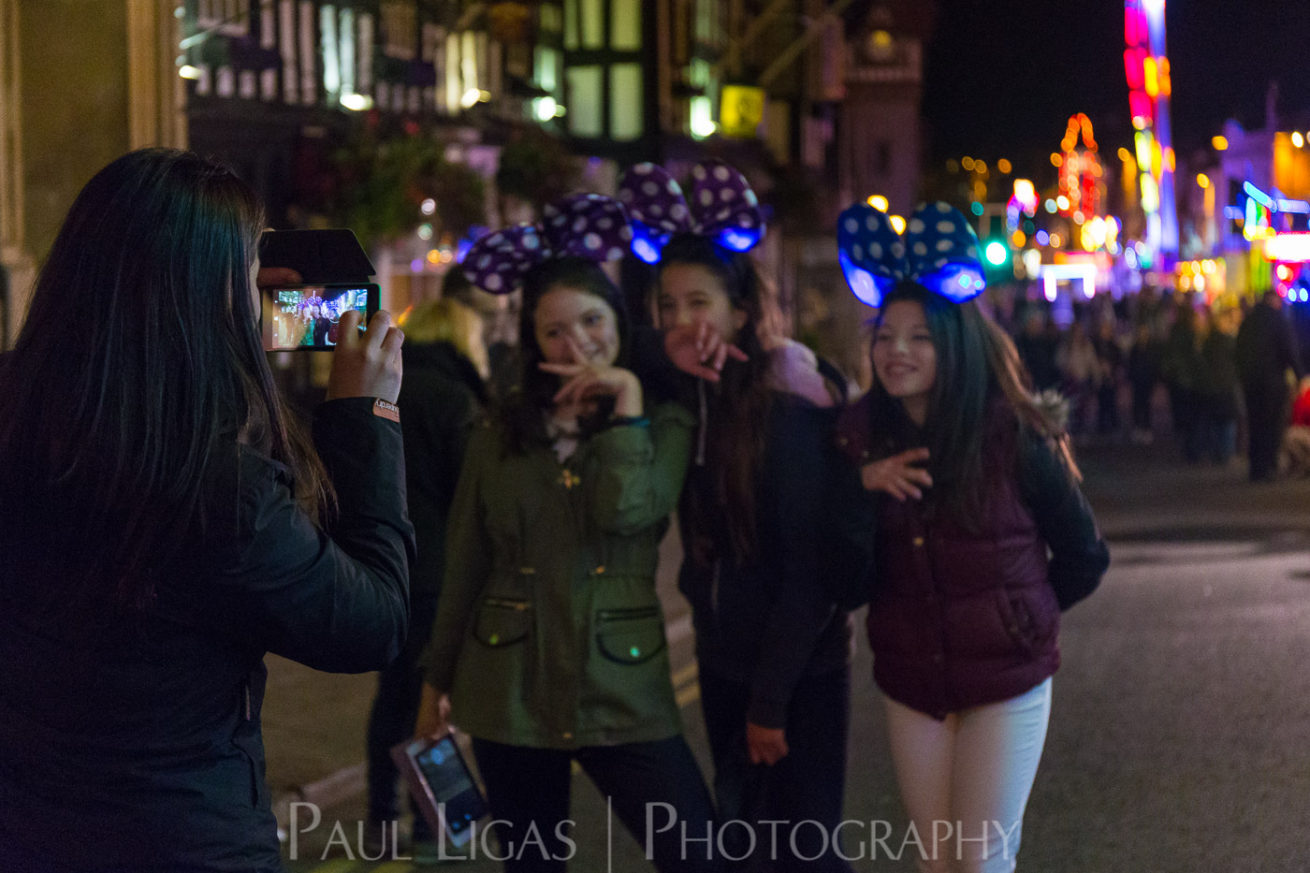 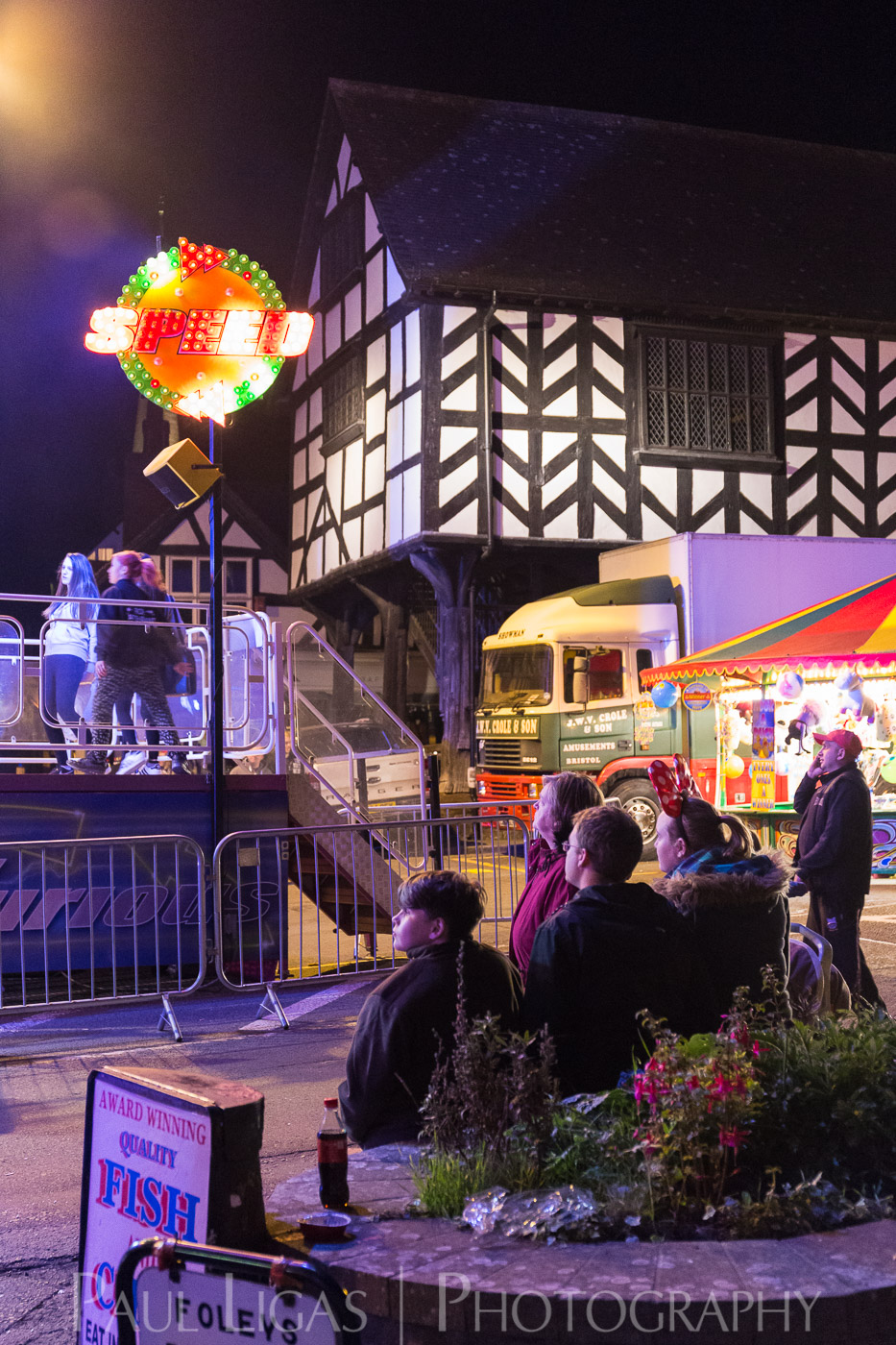 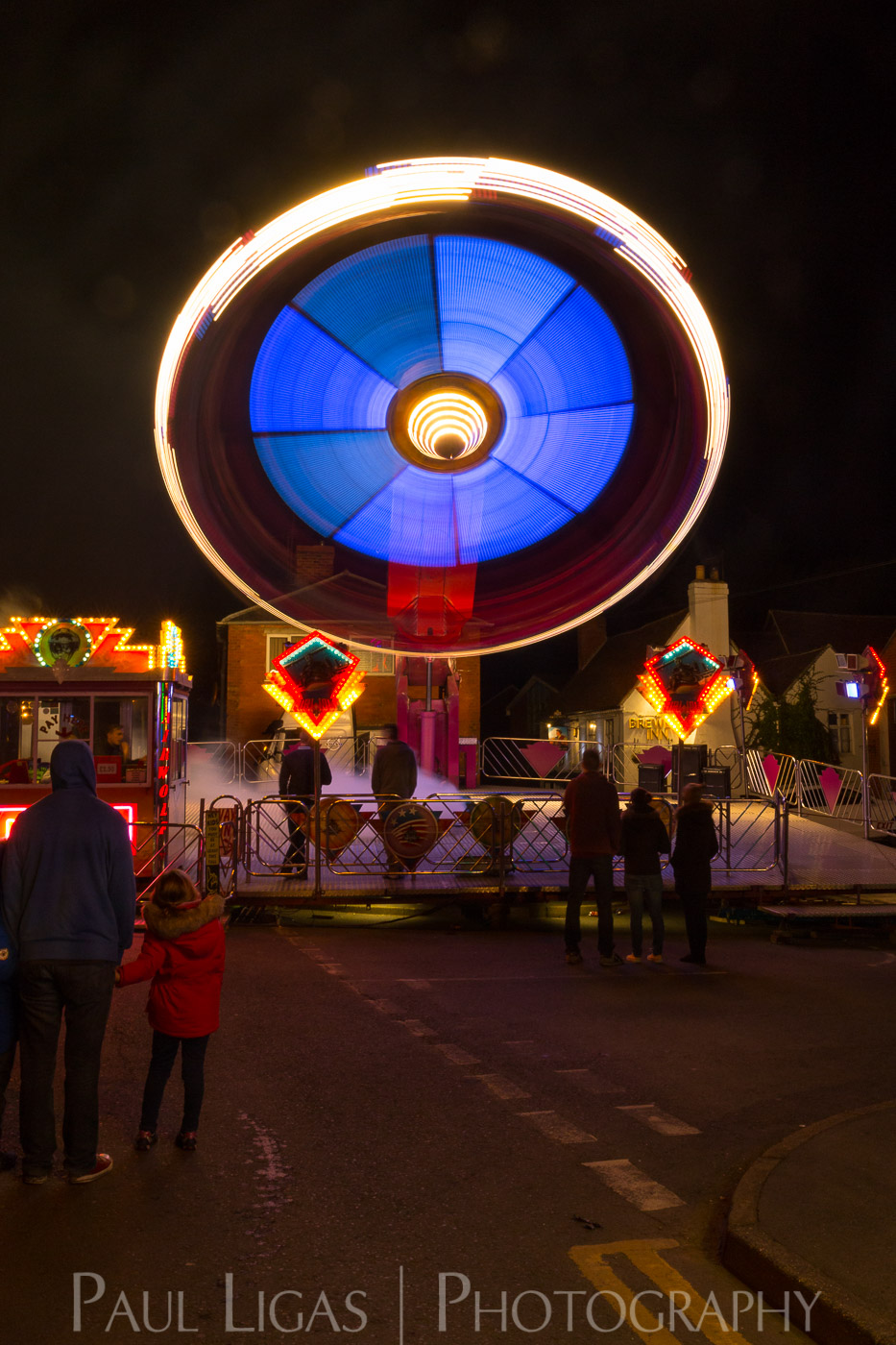 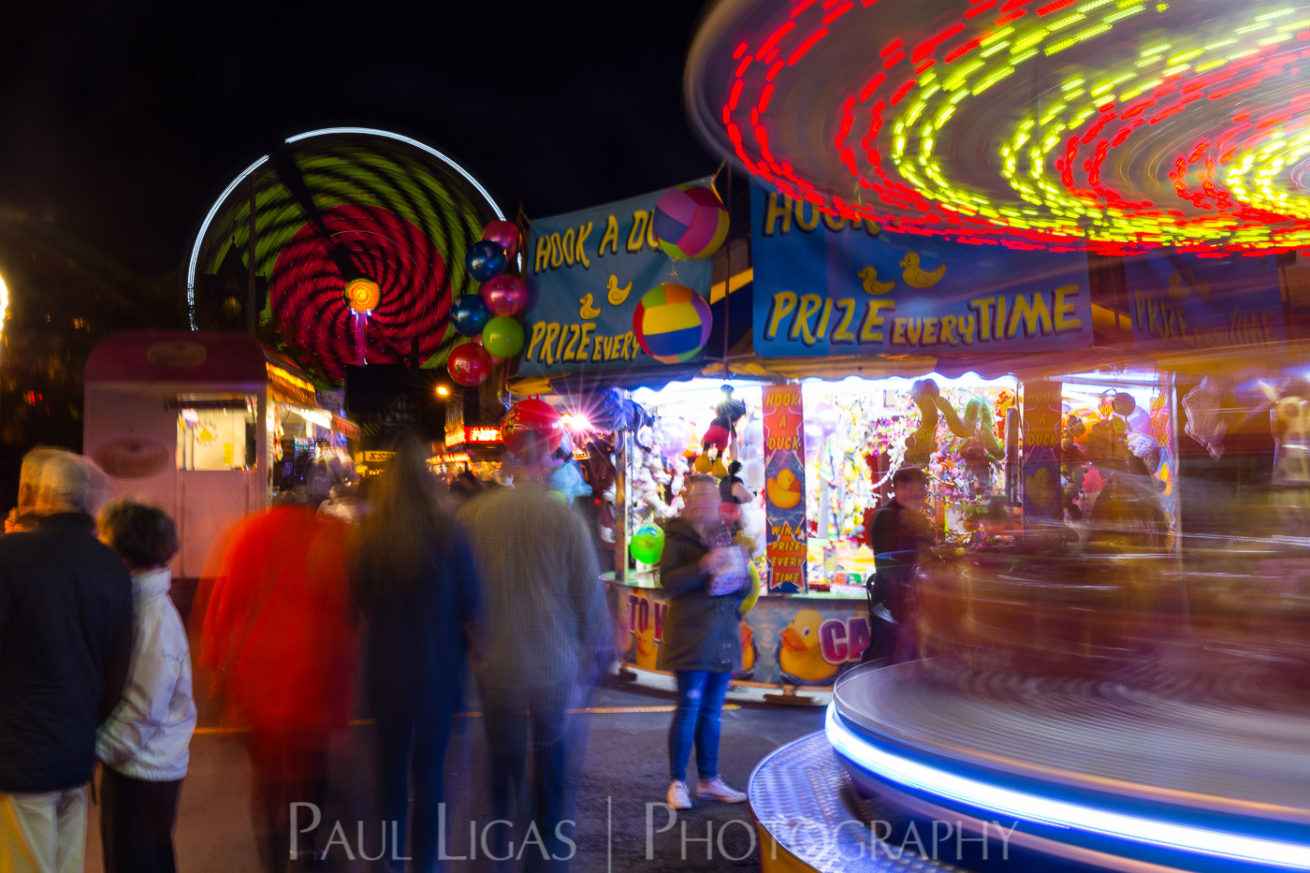 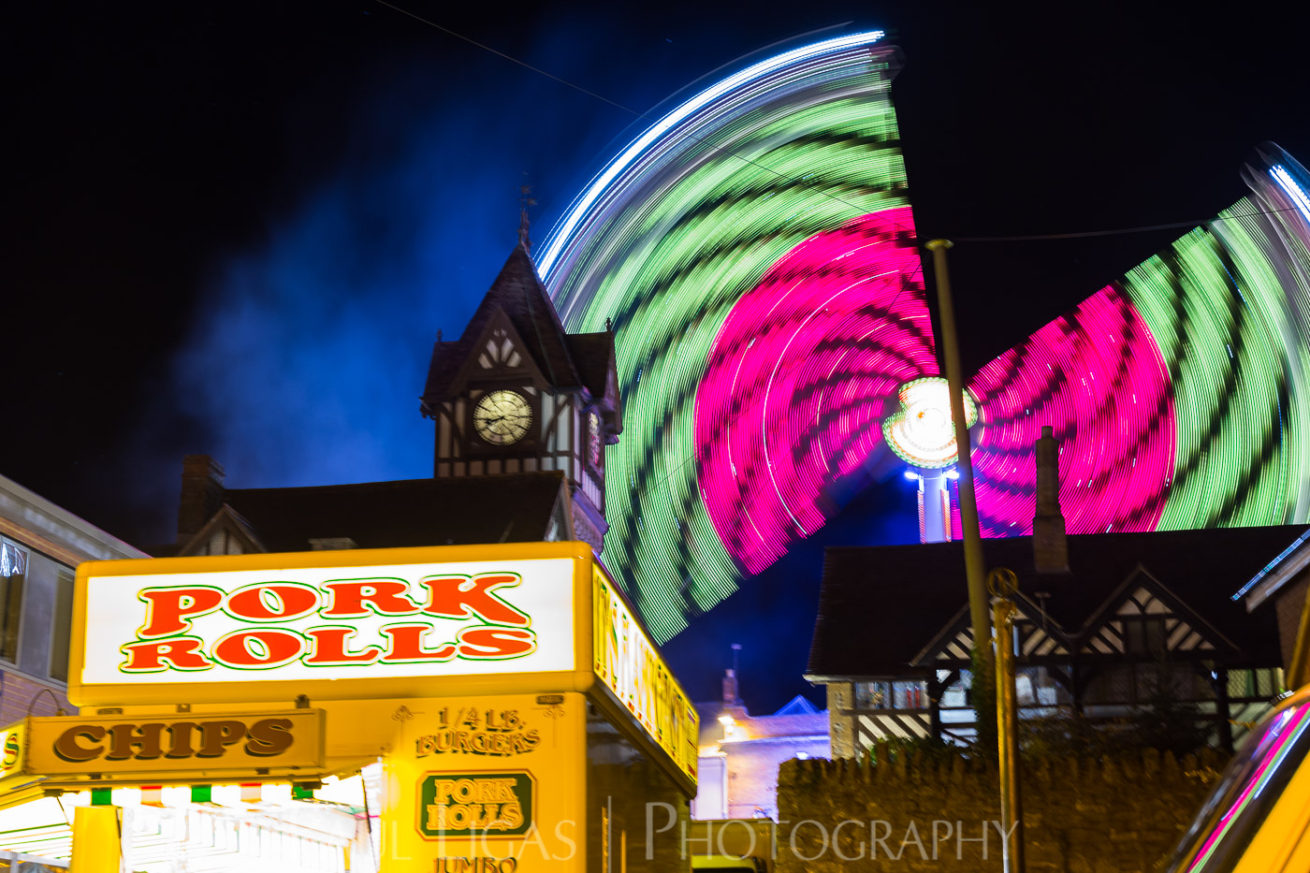 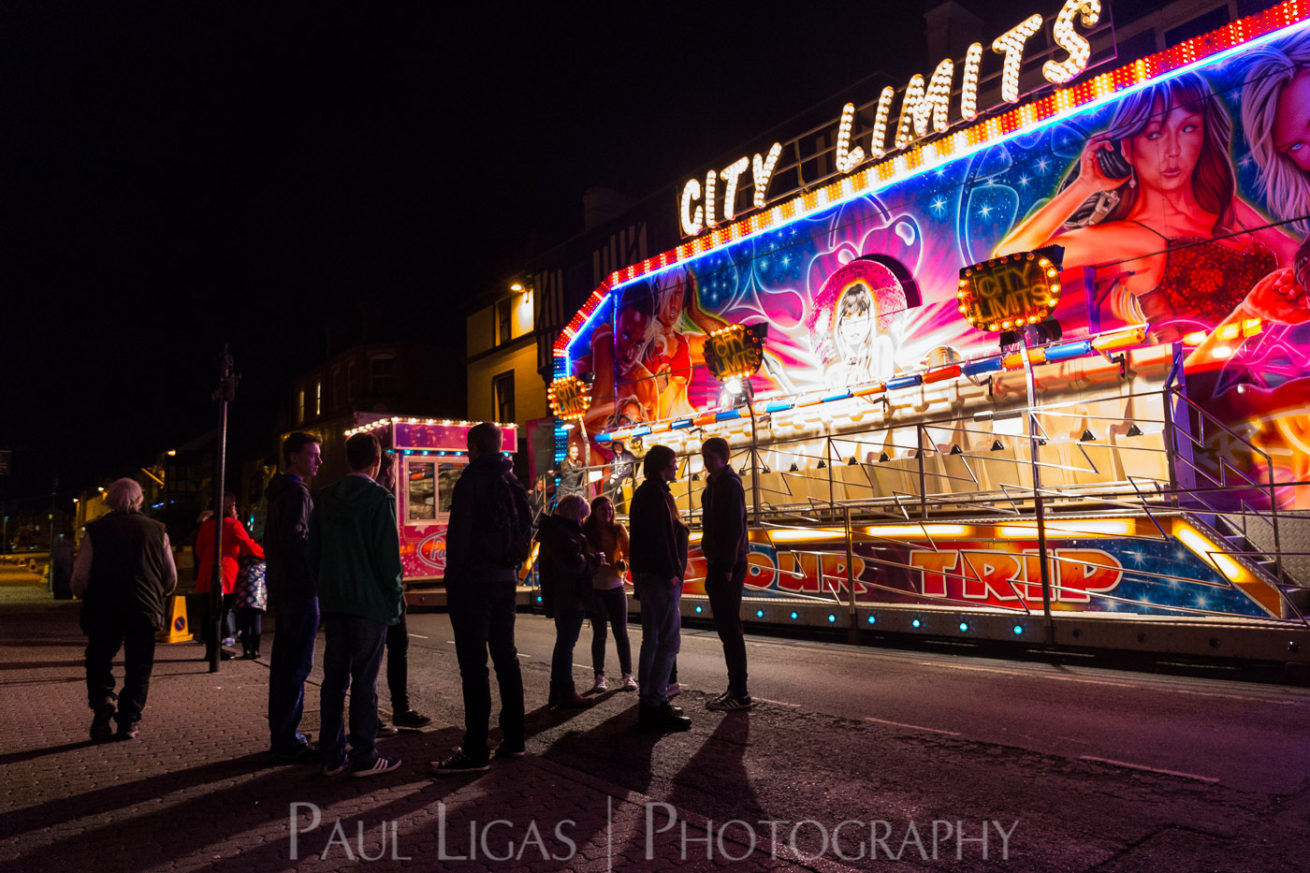 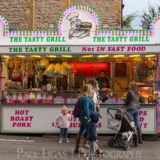 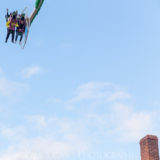 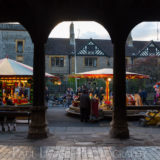 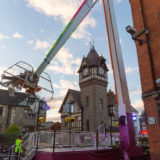 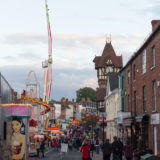 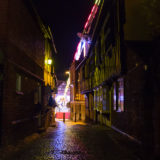 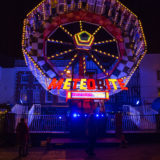 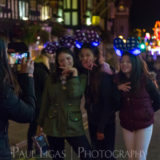 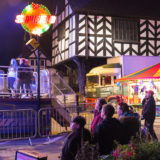 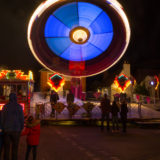 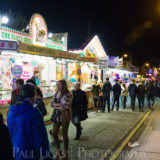 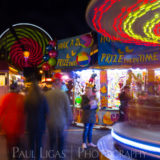 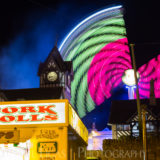 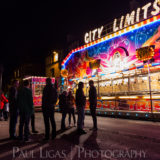 As some of you may already know, my wife and I only moved to Ledbury in April of this year, so all that we know of the town is what we’ve so far seen or read about – a beautiful market town set on the west facing edge of the Malvern Hills Area of Outstanding Natural Beauty.

Its a town full of Tudor style architecture, with timber-framed buildings dating back to the 16th and 17th centuries with some older building complexes, like St Katherine’s Hospital, which was founded in the 13th century.

Well imagine our surprise when the fair came to town – and when the fair comes to Ledbury it comes into Ledbury, completely taking over the High Street and Bye Street, both full of shops and ancient buildings. The transformation was swift – on Sunday morning it was still a market town, and by Monday morning the fair’s rides and stalls were nearly complete. By 5pm on Monday the music was on, the roads were closed, and people were starting to gather.

It turns out this is a yearly event, which has been taking place, in one form or another, fairly regularly since the 13th century. So I went down with my camera to marvel at the new-look Ledbury with ancient buildings now fronted by garishly coloured signs promising hot food and exhilarating rides, and the sound of traffic and conversation replaced by pounding music and, well, louder conversation, plus lots of laughter.

At first there were only a few people scattered about, mostly families with young children, with the fair workers seemingly unperturbed, as I’m sure they knew what would come in just a couple of hours time. I was thoughtful of the changes wrought to the facades of the old buildings, blocked by rides and diesel generators. That was nothing compared to the effect after dark.

After the sun went down and darkness fell, the town centre seemed to get brighter. More people came in until the streets were packed with families, groups of teenagers who finally had something to do, and anyone else who enjoyed the spectacle of entertainment that entirely remodelled their home town – making some parts almost unrecognisable. The white timber-framed buildings were now blue, then red, then purple, then yellow reflecting the lights from the huge spinning wheels full of people screaming from the pleasure of being scared as they were lifted far above the rooftops and then plunged down to the crowded streets.

Bright colours reflected off the cobbles on Church Street, swirls of light drowned out the stars, and the old Market House stood like a patient and wise old hound tolerating the noise and bustle of an over enthusiastic puppy – I could have spent another couple of hours taking photographs, but it was time to get back home and put together some thoughts.

As I finally made my way out of town to the edge of the fair, the crowds here were more sparse, with people mostly either making their own way home or waiting in groups for the next interesting suggestion from a friend of what to do, not wanting yet to let go of the feeling that, for a short few hours, everything had changed. Wending up Bank Crescent the sounds faded quickly and once home, I would have had no idea that there was a fair in the centre of town.

The fair continues tonight, it’s last night until next October. If you haven’t been down to visit it yet pop down this evening to marvel at how your home town has changed, and marvel again on Wednesday or Thursday when it will have changed back again to the normal, beautiful market town set on the west facing edge of the Malvern Hills Area of Outstanding Natural Beauty.