Train journey to Shrewsbury (and a poll) 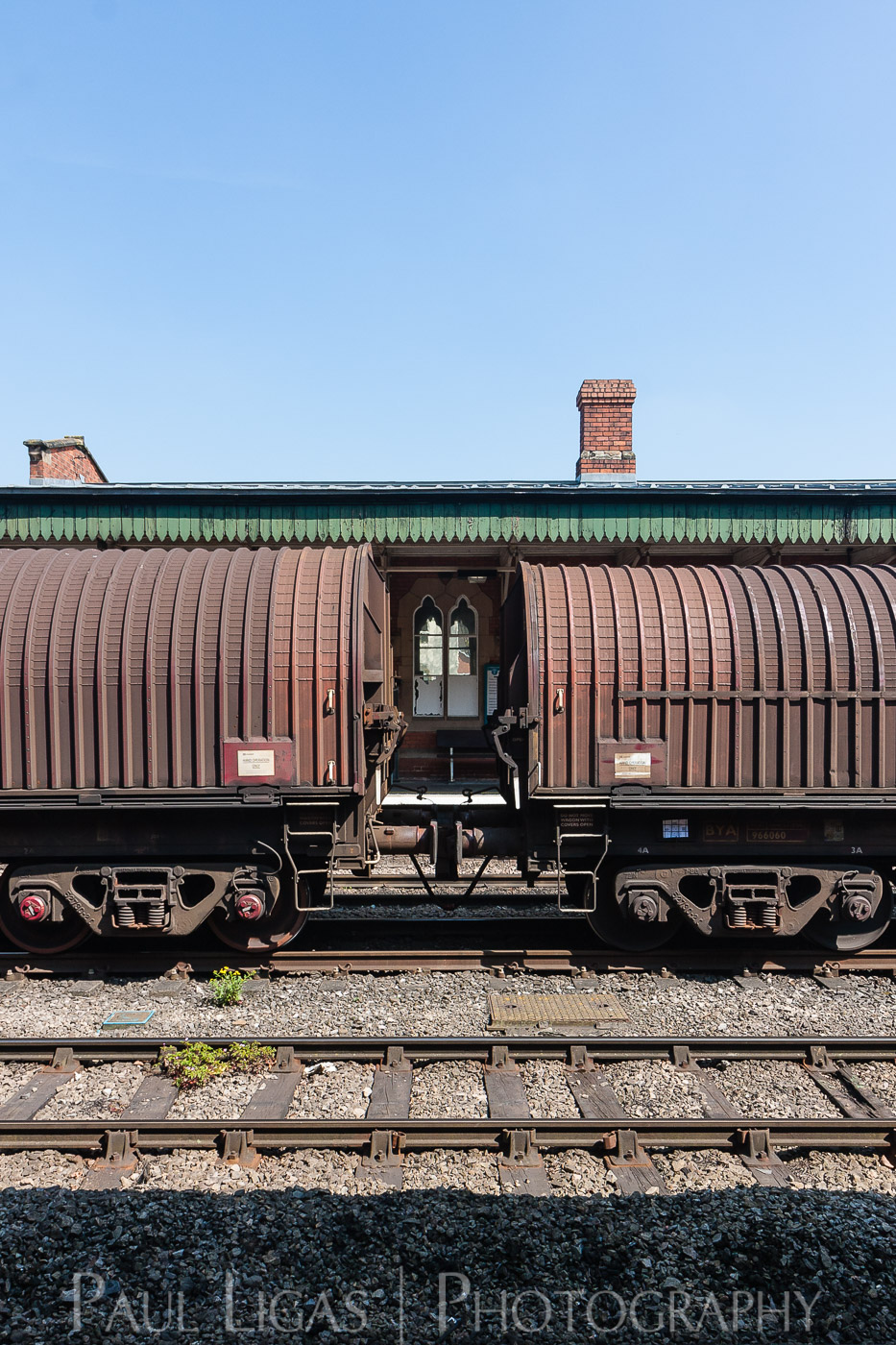 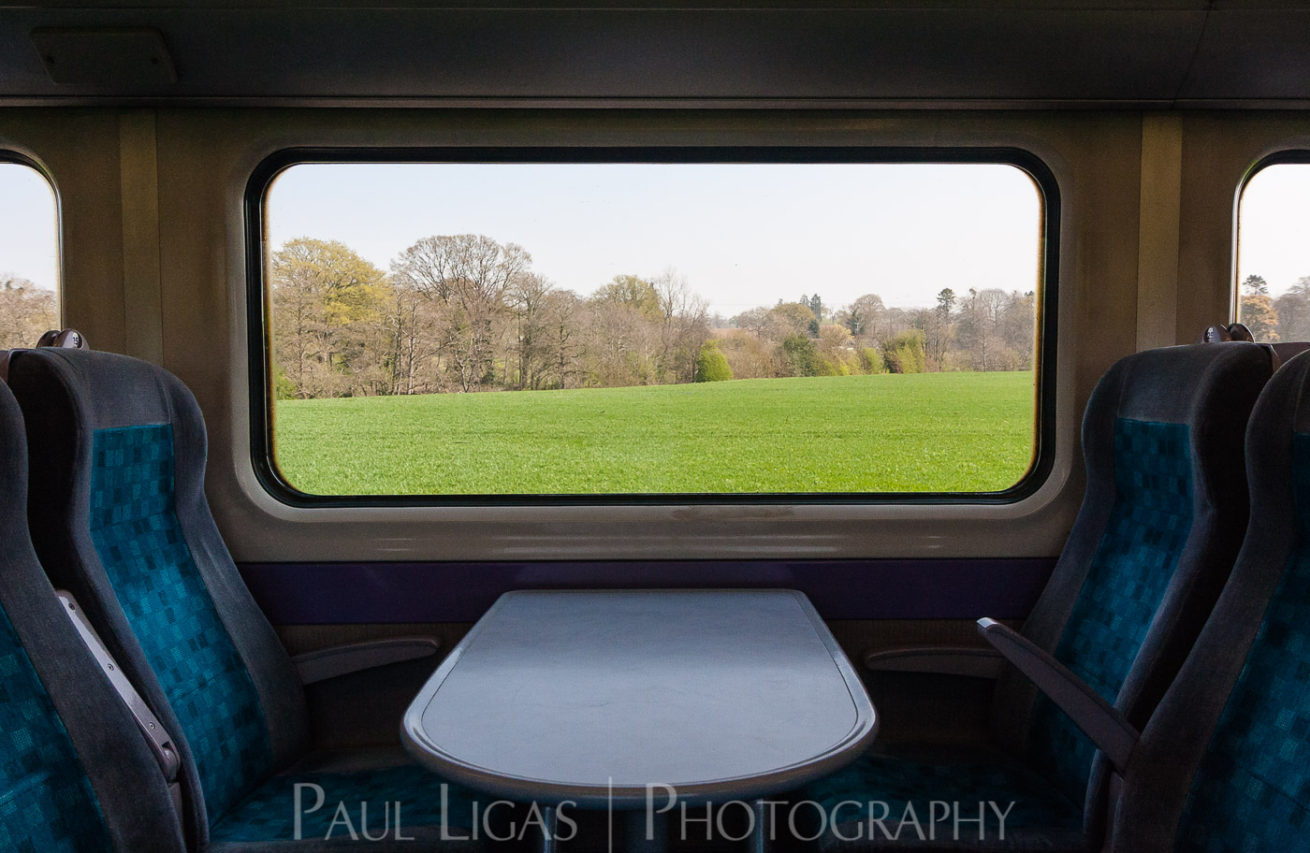 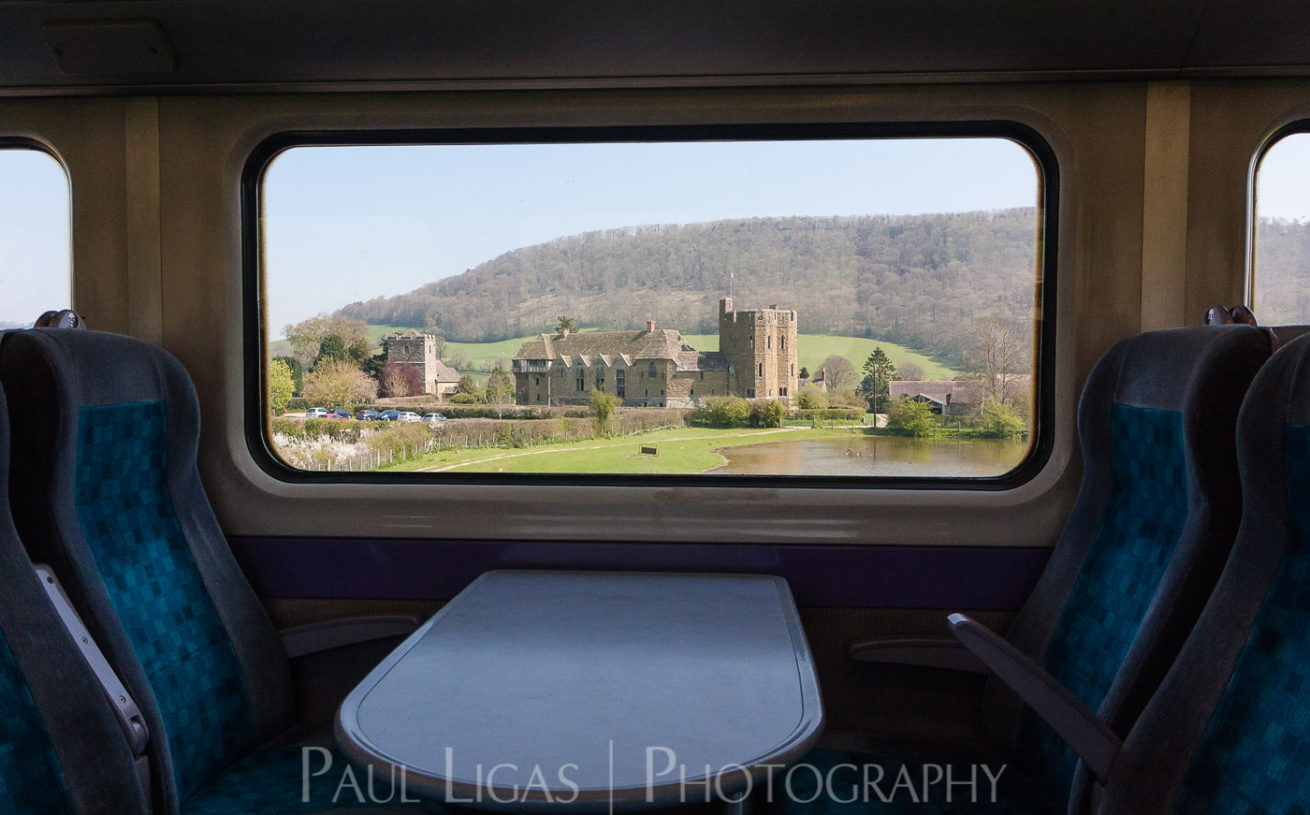 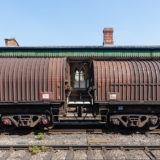 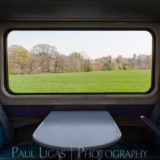 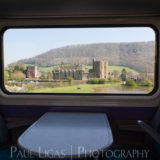 Last week’s blog was a quick one as I had a train to catch from Ledbury to Shrewsbury (via Hereford) for a meeting. As I had a fair amount of time on my journey I took my camera.

For most of the time I simply enjoyed the view of the Herefordshire and Shropshire countryside out the window (I’d never been to Shropshire before). Once I got to Hereford station, I had half an hour to wait for the next leg. The sun was shining on a cloudless day.

Clear blue skies often make for somewhat less interesting photographs outside, as there’s often just a mass of blue in the photograph – on a more cloudy day the clouds can break up the sky and add visual interest to half of your photograph (there’s a photography rule for you – when taking landscape photographs, wait for a partly cloudy day – the photos will be much more interesting than under a clear blue sky).

But rules count for nothing if you don’t try to break them, so I decided I could make something of that clear blue when I spotted the arched window aligned perfectly between two cargo train carriages. The horizontal lines of the tracks, the carriages and the roof made a lovely right angle with the imaginary vertical line caused by the gap between the carriages and the vertical lines of the arched window. This was accentuated by the chimneys breaking up the skyline. I had the time to line it up nicely and the first photograph you see above was the result. In this case the cloudless blue sky works as a counter to the busyness of the textures in the bottom half of the photograph, balancing the image.

The next two were taken from inside the train (obviously… ) as it moved through the countryside. Since the countryside was so beautiful, I started to see the window opposite me as a picture frame with a moving image. The more I watched this virtual cinema the more entranced I was with the real life movie unfolding in front of me and I wanted to see if I could make a photograph with a landscape picture within the frame of the window – a picture within a picture.

Travelling at 70mph makes for an interesting test of reflexes if you want to capture a landscape photograph. Luckily for me there was so much lovely countryside passing by I could hardly go wrong. The first of the train window photographs was carefully aligned so that the camera was at right angles to the window, achieving the picture within picture effect I was after.

After a while I sat back again to enjoy the view when I noticed we were about to pass a castle (Stokesay Castle in Craven Arms, as it turns out – described as “quite simply the finest and best preserved fortified medieval manor house in England”) and we were closing fast. Unfortunately I didn’t have enough time to get the camera fully aligned at right angles in the middle of the window, as I had previously. But I caught the castle in a nice composition as it passed the window.

Now, while I’m pleased with both of the train window photographs, I do have a preference, and a fairly strong one, for which photograph I like more. My wife, interestingly, has the opposite opinion. So here’s what I’d like to try: in the comments of my Facebook posting for this blog, tell me which one of the two train window photographs you like the most – countryside or castle.

I’m fascinated by this as I know that my own ideas about what makes a photograph appealing can be quite different from some of the people who view them. After all we’re individuals, and once a work of art has been viewed by someone other than the artist its meaning can change from what the artist had in mind originally. This isn’t so in depth as that, but I have two very similar photographs with two different opinions on which is the favourite.