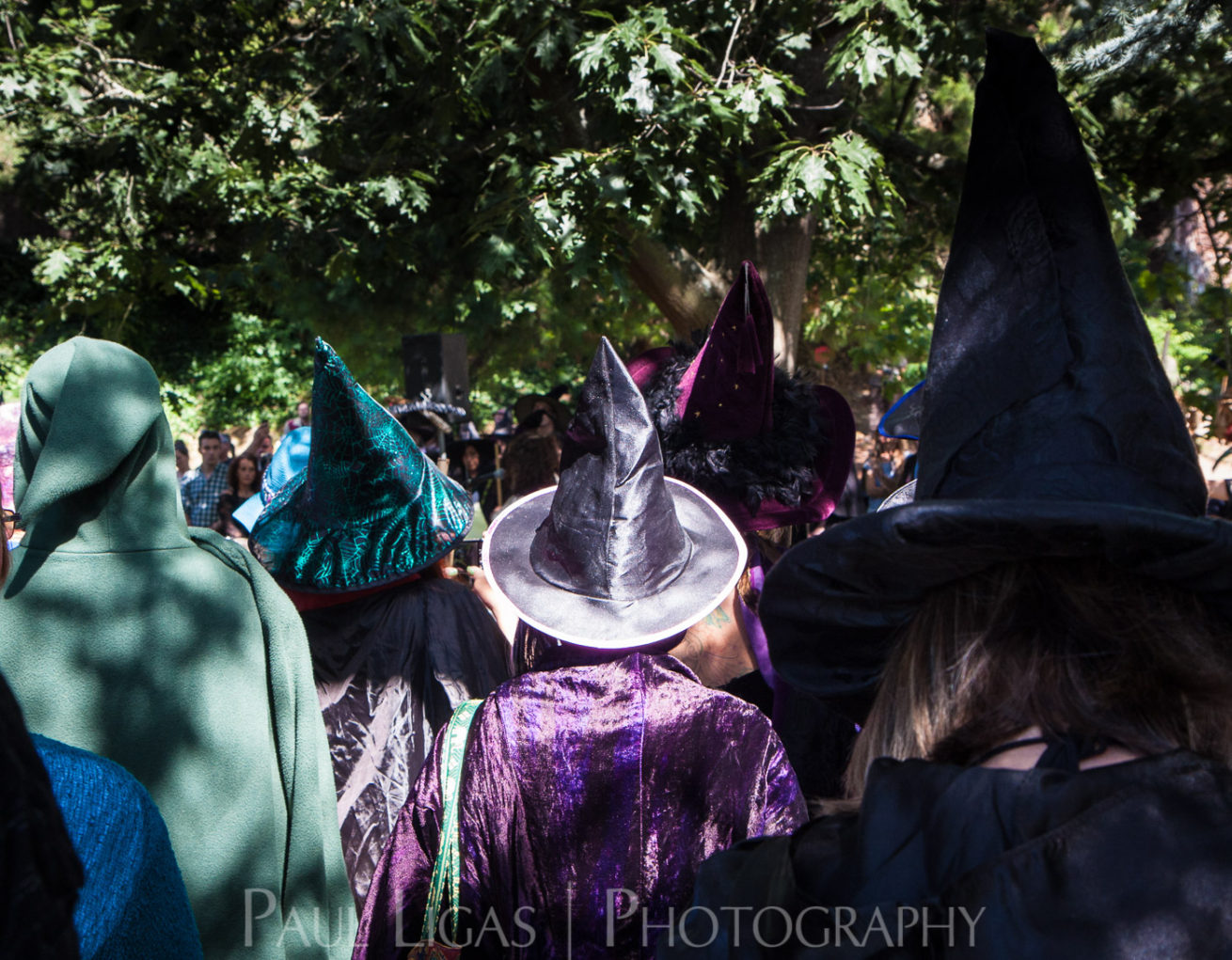 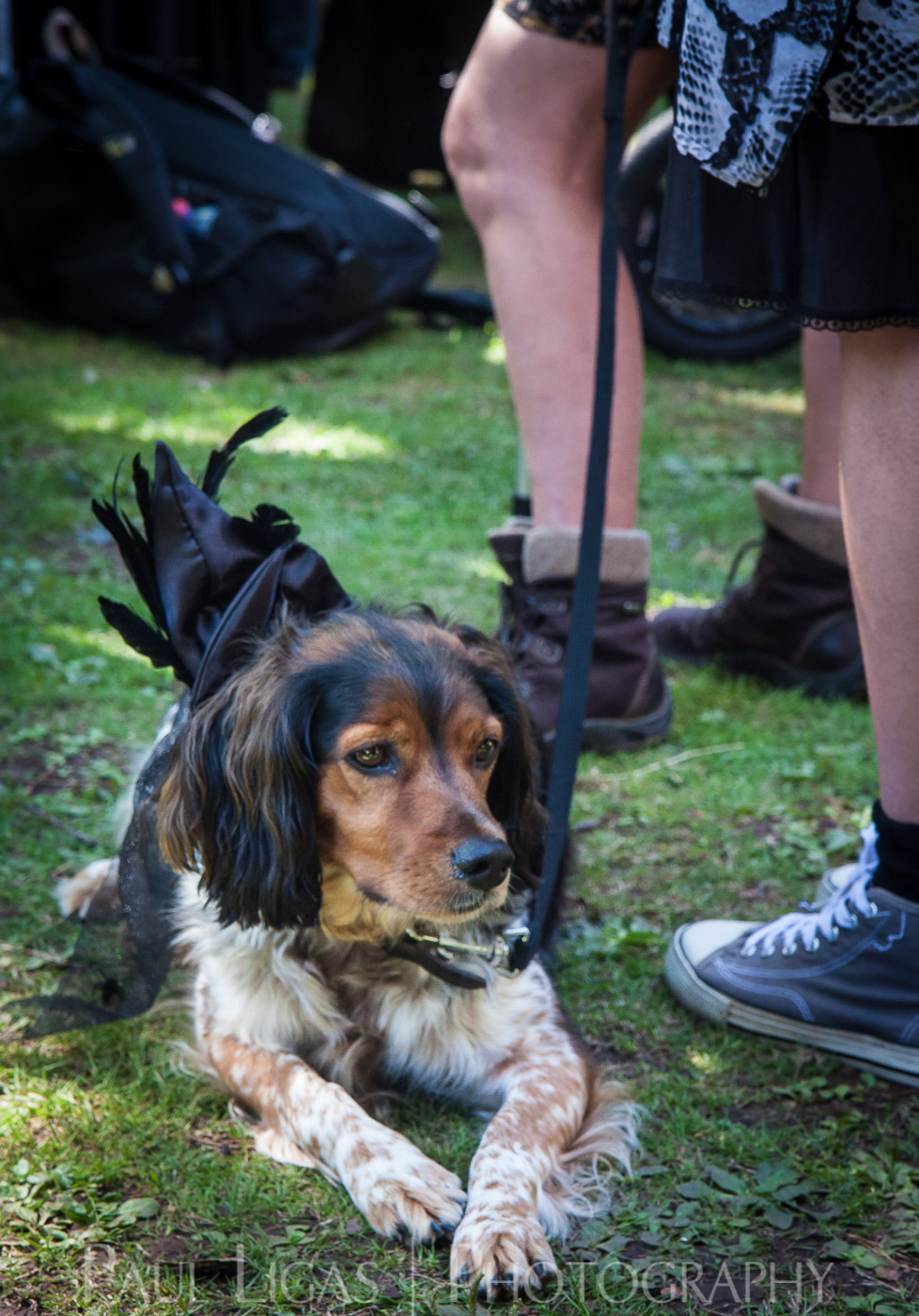 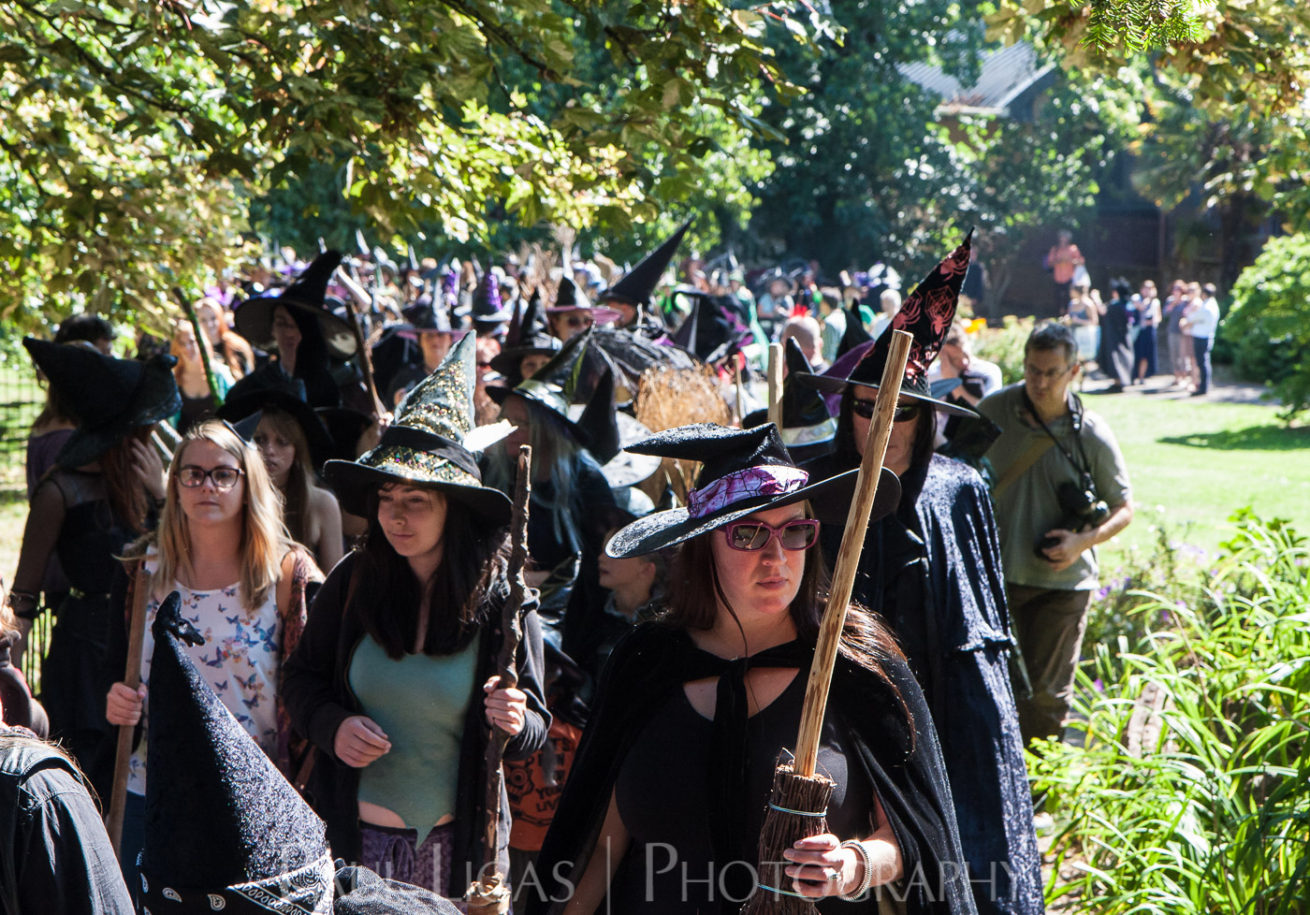 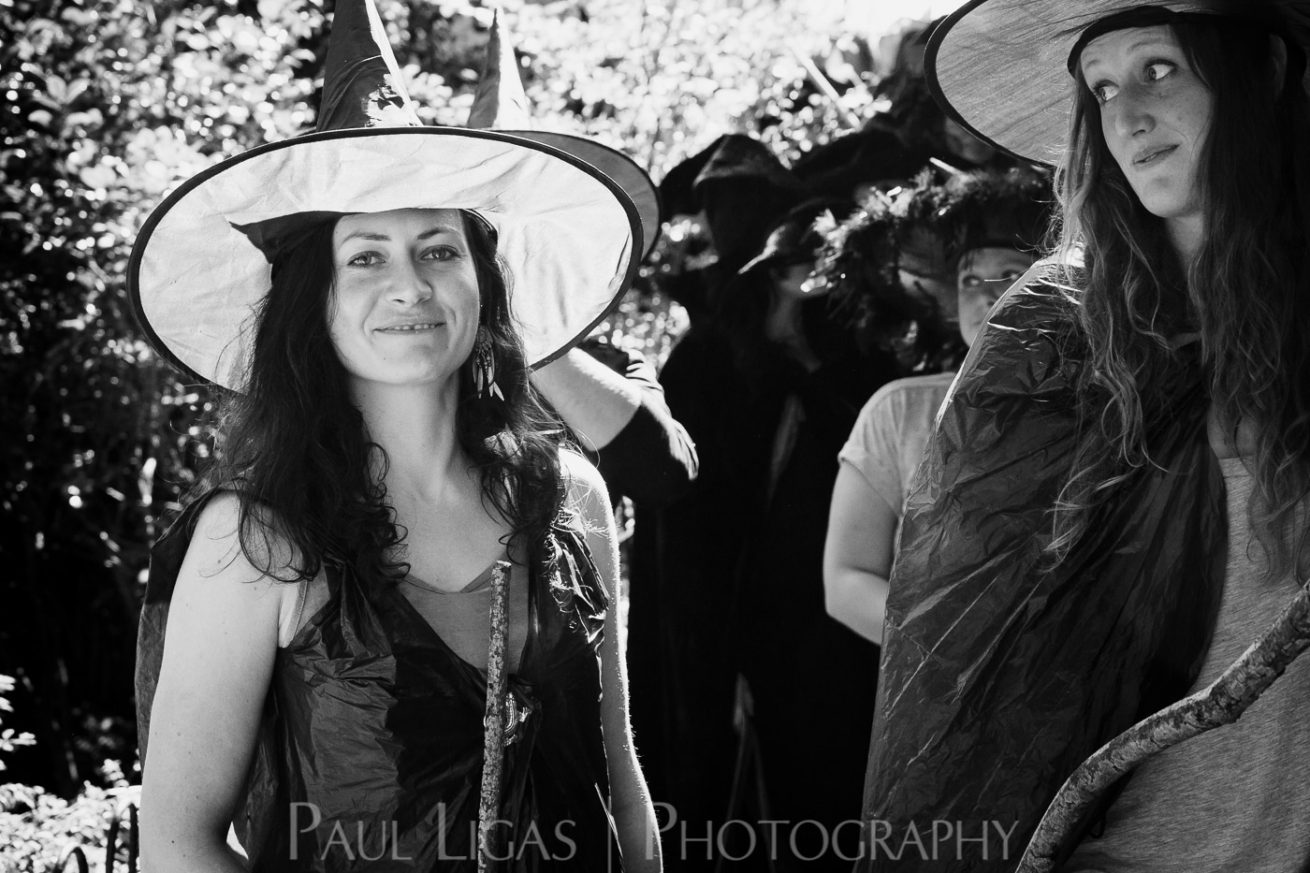 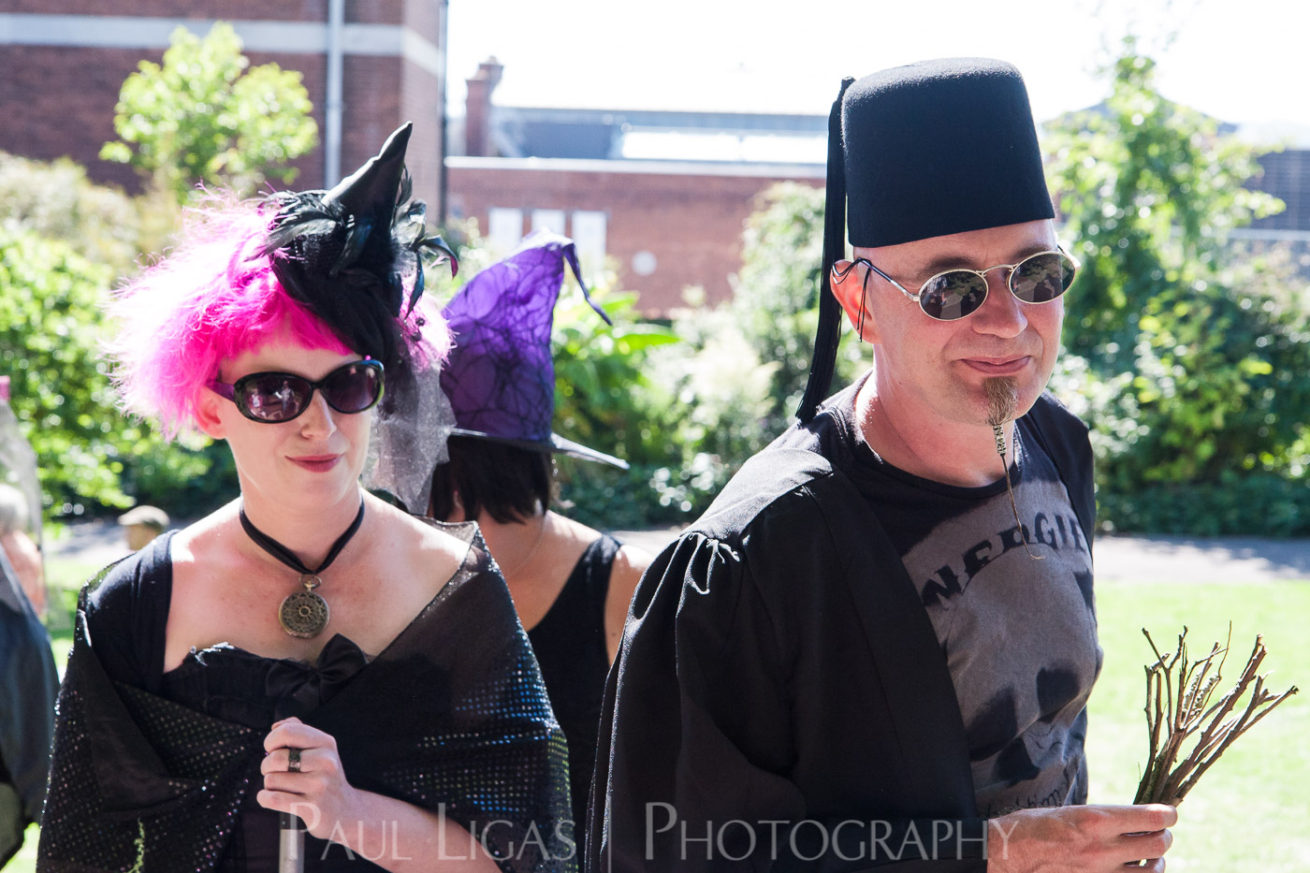 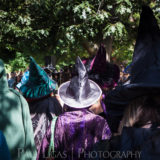 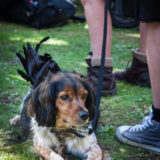 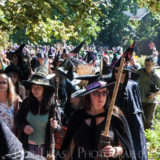 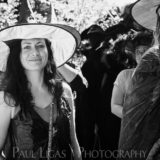 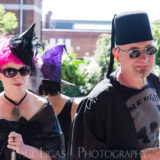 World record attempt for largest gathering of witches in Exeter

On a sunny, summery, Sunday afternoon at the end of August, hundreds of witches in Exeter and from farther afield gathered for an attempt to break the world record for the largest number of witches gathered in one place. What better place for a photographer to be.

Gathering around the PA system, a remembrance was held for the Devon witches, three women accused of witchcraft in Bideford who were executed in Exeter in August 1682 to satisfy baying crowds, despite their innocence even in the eyes of the (rather poor) justice of those times.

But the day was about celebrating difference and beating a world record. Families came along together, and as members of the family, a number of pets were also decked out with the requisite pointy hats, though most were spared the broom. And yes, that was the most pointy hats I’ve ever seen in one place.

It was a good, friendly way to spend a sunny afternoon. Fey Pink and Tom Rosenbloom of The Mysterious Freakshow were also on hand, but sadly, due to the delay in counting the witches plus other commitments, I missed their acoustic set. Hopefully they’ll be doing another one soon.

As for the world record attempt, it fell short, but the organisers seem happy to be building awareness, and it was likely the largest gathering of witches in the South West of England. And I reckon that’s something to be proud of.